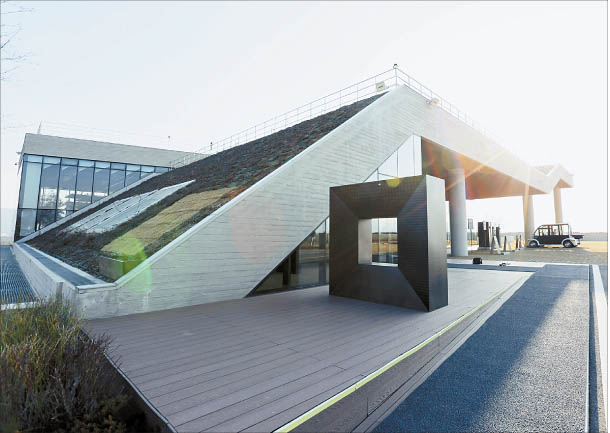 A presentation of some of the competition’s top contestants will be streamed live online on Dec. 5.

The competition is open to anyone with architectural expertise, and the winner will be announced on Dec. 9.

Since the advent of the internet, technological developments in the IT industry have triggered explosive levels of data production and direct consumption, all of which has led to an increase in Naver’s IT infrastructure as well.

Against this backdrop, Naver opened a 120,000-unit data center along the outskirts of Gubong Mountain in Chuncheon, Gangwon, on June 2013.

The construction of this data center was to effectively manage Naver’s ever-expanding IT infrastructure and guarantee safe user data storage.

As of 2019, the capacity of this data center has reached its peak.

In addition, recent developments in the IT industry, such as the growing cloud market and the introduction of 5G technology, are expected to create even more data and generate a myriad of new values based on data which is processed in data centers.

For this, Naver plans to build a data center that is prepared for future changes in society and other developments at home and abroad.

The Naver data center should provide a level of computing power that can securely store and process data which will be produced from the many devices that will be connected to each other in the future.

A cost-effective design and an infrastructure (electricity, machines, etc.) that can suit IT needs that arise from a fast-changing society are other important factors to consider.

In order to operate the center night and day, integrated management of electricity, facilities and other IT infrastructure is crucial for the data center to be sustainable.

The data center will serve as a technology platform that undergirds research and development of artificial intelligence (AI), autonomous vehicles, robotics and other future technological developments that will promote transformation and innovation while creating a platform for win-win partnerships.

The Naver data center for cloud computing will serve as the foundation for future businesses in 5G, robotics, AI, big data usage and much more to ultimately help secure data sovereignty by enhancing national competitiveness and guaranteeing safe data storage and management activities.