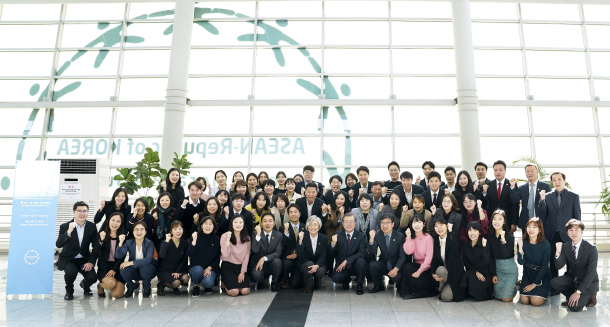 President Moon Jae-in, center, poses with officials who are organizing the Korea-Asean Commemorative Summit at Bexco in Busan on Tuesday. Moon emphasized the significance of the upcoming summits with Southeast Asian nations for his administration’s signature New Southern Policy, as he presided over a weekly Cabinet meeting at the venue in the southern port city. He pointed out that the gathering, slated for Nov. 25-26, will be the biggest multilateral summit to be held in Korea under his government. [YONHAP]