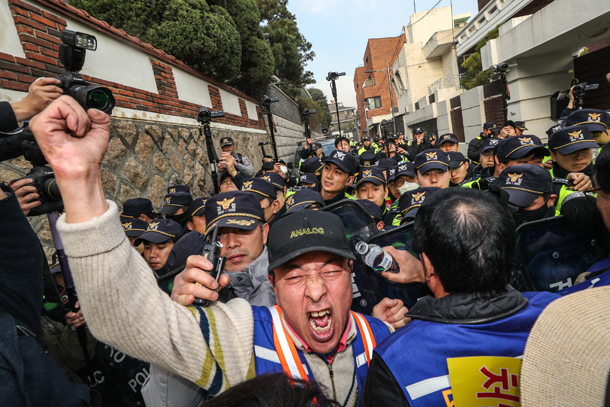 Civic group members rally in front of former President Chun Doo Hwan’s residence in Seodaemun District, western Seoul, on Tuesday, urging him to pay off his criminal fines. Chun recently made news headlines after getting caught playing golf, despite his claims that he can’t appear at trials for a defamation case he’s involved in because he’s suffering from Alzheimer’s. [NEWS1]