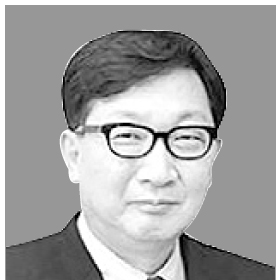 Kim Jung-sik
The author is an honorary professor of economics at Yonsei University.

The global economy is warning of a synchronized downturn. Kristalina Georgieva, the new managing director of the IMF, is concerned about slowdown in growth in 90 percent of the world this year. World Bank Group President David Malpass also cautioned this year’s growth could be the weakest in three years due to Brexit, a trade war between the United States and China and a European recession. Korea’s export-reliant economy will naturally suffer. Some warn of a crisis in the making, while others think that’s an overstatement. If a crisis is looming, is there a way out?

There are a multitude of factors behind a crisis. A financial or liquidity crisis mostly stems from recession. As economic depression hurts companies, soured loans trigger domino damages to financial institutions, and run of foreign capital leads to a financial or currency crisis. The downfall of big companies like Kia Motors and Hanbo Steel spilled over to the financial sector to cause the liquidity crisis in late 1997.

Another cause can be depreciation in sovereign credit. Snowballing fiscal deficit and national debt on top of a worsening current-account balance from reduced exports also spur capital flight. That was the case with south European countries like Greece and Spain and in Latin American countries. Their crises came from reckless debt-financed fiscal spending. The burst of asset bubbles, like those in real estate and stock prices, can also lead to a crisis. The Wall Street-triggered meltdown in late 2008 was caused by chain insolvencies of subprime mortgages. Stock crashes can lead to an exodus of foreign capital to bring about a currency crisis.

A major indicator of a looming crisis in the Korean economy is growth slowing to the 2.0 percent level. The growth is below the average in the emerging category but more or less on par with the pace in developed economies. The surplus in the current-account balance has been maintained at 4 percent of the GDP. Although the surplus mostly comes from slowed growth in imports, the data serve as relief for the Korean economy to some extent.

Large companies are performing poorly but nevertheless eking out operating profit. Banks are keeping up solid profits, but the non-banking sector is piling up bad loans. Although the growth is slower, household loans continue to grow. By the end of June, household loans reached 1,566 trillion won ($1.34 trillion), 81 percent of GDP and exceeding the 75 percent guidelines set by the World Economic Forum.
The budget deficit against the GDP remained at 1.9 percent this year, below the dangerous level of 3 percent. National debt against the GDP was relatively manageable at 37 percent. Public finances remain healthy as seen in Korea’s low premiums for credit default swaps, which measure the likelihood of national default.

Data on the Korean economy does not raise alarm bells, except for household debt and the self-employed and small- and medium-sized enterprise (SME) segment. But signs of dangers are imminent from its economic structure. The biggest concern is the rising chances of the economy falling into Japan-like lengthy stagnation. A waning working population, lagging innovation advances and Chinese competition have rapidly eaten up the country’s industrial and export power. The steel and shipbuilding segment have already entered restructuring. Automobile, electronics and chemical industries could be the next to face a Chinese onslaught.

The rapid revolution has shaken up the industrial structure, but both the public and private sectors have been slow in innovation and training a new workforce.

Korea cannot stay sure of its international credibility. Economic slowdown has reduced tax revenue at a time when welfare demand is rising from fast aging. Korea faces a stretch in fiscal deficit and national debt. According to the 2019-2023 budgetary outline from the Finance Ministry, national debt would soar to over 1,000 trillion won in five years from the current 773 trillion won. By 2023, the share of national debt against the GDP would surpass 46 percent. If fiscal integrity deteriorates, the economy will become as vulnerable as financially-strapped countries.

Corporate vulnerability is another worry. Korea Inc. must fend off Chinese competition and at home must grapple with unfavorable conditions from a sharp rise in labor cost, unrelenting labor conflict and shorter workweeks. More companies will be in the red if economic slowdown persists.

Monetary policy is in a bind. If the benchmark rate goes lower from the current record-low level of 1.25 percent to aid the economy, housing prices could shoot up and foreign capital could exit. Advanced economies with key currencies can use quantitative easing. But Korea can only risk being labeled as currency manipulator if it wants to keep the won subdued. Regardless of the repeated mantra from authorities that fundamentals remain strong, the Korean economy confronts too many dangers to fight.