A confession from a top star

A confession from a top star 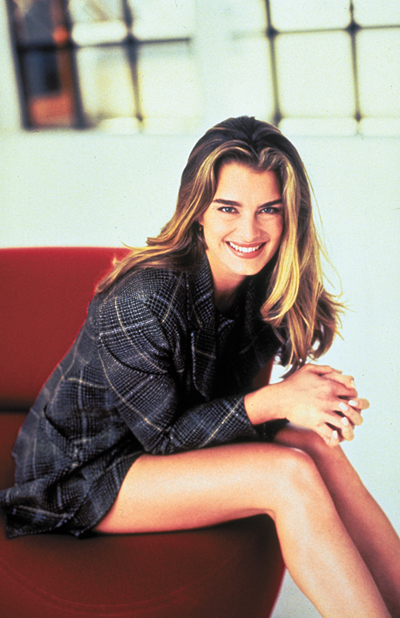 Actress Brooke Shields wrote a column in the New York Times in which she said she had suffered a serious form of postpartum depression.

LEE ESTHER
The author is a welfare and administration team reporter for the JoongAng Ilbo.

On July 1, 2005, actress Brooke Shields wrote a column in the New York Times. The iconic actress of the 1980s and 90s wrote about her postpartum depression. She struggled with infertility and had an in-vitro fertilization procedure in order to have her first daughter. Right after giving birth, she fell into an unexpected depression.

At first, she thought she was simply tired, but the condition grew worse. She recalled that she could not even stand hearing her baby cry and felt afraid the moment her husband handed her the baby. She said that she felt like dying. One day, she was driving with her baby and felt tempted to crash into a wall. She also discussed her experience of treatment. She said she wouldn’t have been the happy mother she was today without antidepressants and therapy.

Shields suggested that pediatricians and Ob-Gyn doctors should instruct new mothers with signs of postpartum depression about symptoms and treatments. She testified in front of Congress to support a bill that would require depression screenings to women before and after giving birth. A celebrity’s public acknowledgement of her depression immediately caught a lot of attention. Many American mothers found out that they were not the only ones and started treatment.

I envy America’s example. Every year, 610,000 Koreans suffer from depression. It is a common condition, but people don’t say openly that they are suffering. Ignorant ideas like “You can get better if you are determined” or “You are depressed because you are well off” are widespread. Nine out of ten patients suffer alone. Some end up making extreme decisions. I hope Korean celebrities would step forward and have a good influence in Korea too.