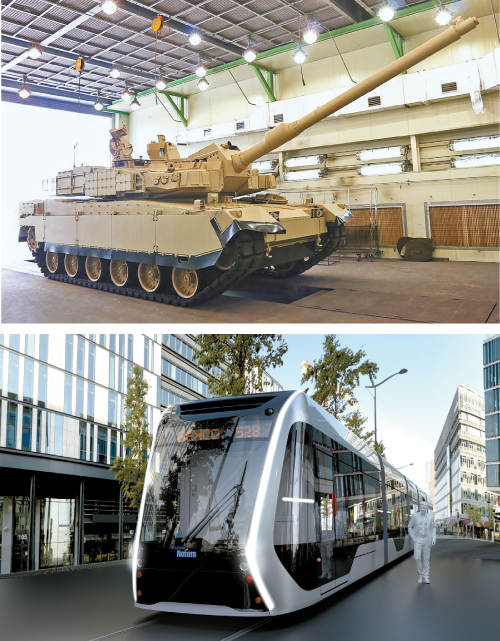 Hyundai Rotem, a Hyundai Motor Group affiliate that specializes in manufacturing and maintaining trains and plant equipment, offers a total solution when it comes to the railway industry.

The company also produces and exports armored vehicles through its own steelmaking facility and carries out different plant engineering businesses worldwide.

Hyundai Rotem is internationally recognized for its ability to make all types of trains, ranging from high-speed trains to light rail transit systems and diesel trains. The company has also now expanded its electric train range to run in 37 countries around the world.

Hyundai Rotem was the second company in the world to commercialize an unmanned magnetic levitation, or maglev, train. The company is now working on developing hybrid low-floor trams that do not need to run on overhead power cables.

In 2019, Hyundai Rotem and Hyundai Motor Group have started developing the first domestic hydrogen-powered train to be able to compete in the eco-friendly train market.

In terms of defense, the company produces the K2 Black Panther tank and is developing other defense products to excel as a ground weapons system producer.

Hyundai Rotem successfully exported its K2 Black Panther technology to Turkey in 2008 and is keeping an eye out for opportunities to expand to foreign defense markets at all times.

The corporation is currently developing the HR-Sherpa, a multipurpose unmanned vehicle, to be able to achieve long-term growth through cutting-edge defense technology.