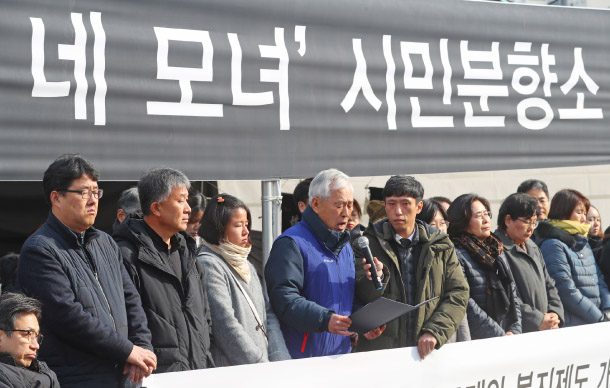 Members of a civic group mourn the recent death of a mother and her three daughters Thursday while calling on authorities to improve the country’s welfare system at a makeshift memorial altar in Seongbuk District, central Seoul. The woman in her 70s and her three daughters, all in their 40s, were found dead in their house on Nov. 2 in what is believed to have been a suicide pact triggered by financial difficulties. [YONHAP]