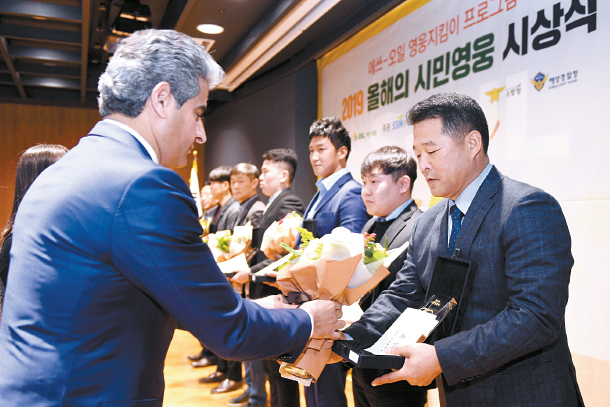 S-Oil CEO Hussain Al-Qahtani, left, gives awards to “Hero Citizens” at a ceremony at the company’s head office in Mapo District, western Seoul, on Monday. A total of 140 million won ($119,000) was granted to 23 individuals who put themselves at risk to save others. Recipients included 42-year-old Sung Ji-hoon, who stopped a burglar threatening a convenience store manager with a knife, and 59-year-old Bae Gi-hwan, who sailed to a sinking ship and rescued 7 crewmen. S-Oil has recognized Hero Citizens since 2008. [S-OIL]