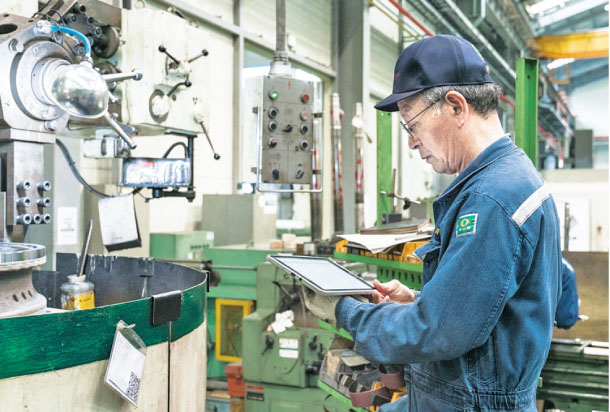 Posco is leading the way in supporting SMEs to build smart factories. [POSCO]

Posco is actively working to create a smart factory platform and support the growth of small- and medium-sized enterprises (SMEs).

Posco started its Idea Market Place in 2011, working as both an investor and business incubator and supporting growing businesses throughout their operations.

Over the last 9 years, Posco has invested 16.7 billion won ($14 million) in 98 companies, creating its own venture ecosystem.

Posco’s Idea Market Place has established itself as a leading domestic venture development program following the success of the companies it has invested in.

For instance, a company that creates artificial intelligence-based rehabilitation content was listed on the Kosdaq and received investment from Posco, while another firm that creates English-language educational content is now valued at over 150 billion won.

In order to benefit the company, its suppliers and the wider industry, Posco has made its 940 technology patents public and opened the Research Institute of Industrial Science & Technology, or RIST in August.

Posco has received applications from SMEs wishing to receive the patents and has so far given away 141.

The number of patents transferred has doubled from 2017, when Posco released 83 patents to 24 SMEs.

This technology transfer has been a collaborative movement by research centers and conglomerates since 2013 to offer a helping hand to SMEs and provide new business opportunities. Over the last six years, a total of 1,294 patents have been shared with 428 SMEs.

Posco is also pushing to start a smart factory business for SMEs, pledging to invest 20 billion won over the next five years.

The idea is to create a collaborative smart factory business and strengthen consulting on the processes involved in operating a smart factory, helping SMEs to use the next-generation facilities more efficiently.

Under the collaborative smart factory business program, the government and conglomerates jointly provide between 20 million won and 100 million won to SMEs wishing to build smart factories.

Through such collaborative actions that support the growth of SMEs, Posco is paving the way for a healthy venture ecosystem where corporations can grow together.