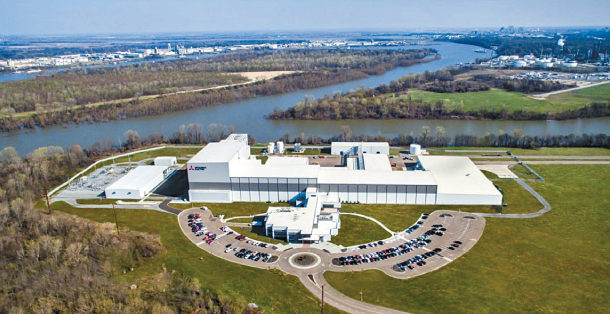 This is the company’s first production site in the United States. Hyosung paid $46.5 million for the plant, previously owned by Japan’s Mitsubishi Electric Power Products.

The Tennessee factory is slated to start production of core-type high-voltage transformers from the first half of 2020.

The company explained that its decision was in part driven by an increase of power consumption in the United States and a growing demand for renewable energy - which creates demand for power transformers. Hyosung also saw opportunity in the aging electricity-supply infrastructure, much of it nearing the end of the 50-year replacement cycle, a company spokesman said.

Another big motivation was the U.S. government’s trade protectionism. Over the past few years, the U.S. Department of Commerce has imposed anti-dumping duties on Korean-imported transformers. Hyosung was one of the companies hit by the duties, along with Hyundai Electric. A U.S. factory will allow it to avoid such penalties.

“A local production plant will help us gain competitiveness in the market,” the company said in a statement.

In a similar move, Hyundai Electric is operating a transformer factory in Alabama, which recently underwent expansion.

According to Frost & Sullivan, the U.S. market for power transformers is expected to grow at an annual rate of 4 percent to reach $2.9 billion in 2022.