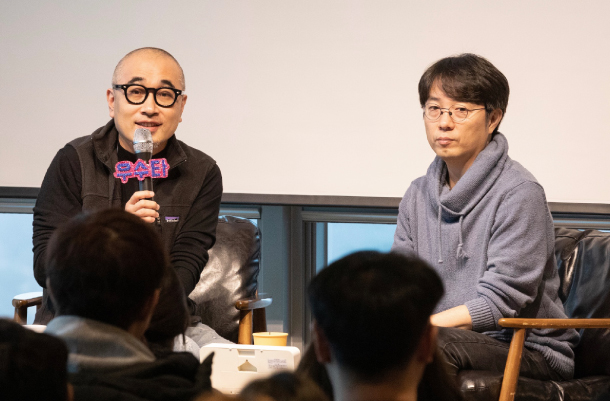 Ever since Berlin’s Delivery Hero said it would spend $4 billion taking control of the country’s No. 1 food app, monopoly has been the word.

Despite assurances from Woowa Brothers, the owner of Baedal Minjok, that the level of concentration would not be a problem, restaurants and delivery drivers have been expressing concern that they will find themselves paying higher commissions.

Delivery Hero also owns Yogiyo and Baedaltong, so it is seen as having control of more than 90 percent of the market after the deal is completed.

The Fair Trade Commission (FTC) still has to approve the acquisition, and that could take months.

“Unifying the food delivery app market into a single firm will add more pain to the self-employed market,” the Korea Franchisee Union (KFU) said Monday in a statement published on the internet. “6.5 million [of the] self-employed strongly oppose the market domination by a single firm.”

“Delivery apps play a positive role like offering all sorts of information and convenience to users, but many [of the] self-employed are already suffering from the pressure derived from commissions and advertisement fees.” KFU added, “If 90 percent of the delivery market is controlled by the German capital, tyranny of raising all sorts of fees could become a reality.”

“The latest deal is the choice made as a matter of expanding overseas to become a global company, not to raise commissions,” Woowa Brothers founder and CEO Kim Bong-jin told company employees Tuesday.

The Korea Federation of Micro Enterprise on Wednesday similarly expressed concerns over a chance of a sudden rise in the commission fee, asking the FTC for a “strict evaluation” of the deal. It also raised concerns that Delivery Hero could be exempted from local government regulations once it becomes a foreign firm.

He will become CEO of Woowa Brothers if the acquisition goes through.

Earlier this month, Woowa Brothers announced it will reduce the commission rate of its “open list” from the existing 6.8 percent to 5.8 percent starting in April. The open list refers to ads that are featured on the top of the app page. It will instead increase the number of restaurants that can be exposed on the open list from the existing three. The delivery service generates revenue through ads rather than on a per-order basis.

Delivery riders are also concerned about the acquisition, saying it will increase their costs, which are already high due to the app companies constantly changing delivery fees.

For the acquisition to go through, Woowa Brothers needs to win the approval of the FTC.

According to existing law, mergers and acquisitions (M&A) are subjected to approval if one of the companies has sales or assets that exceed 300 billion won ($257 million) and the smaller firm has assets or sales above 30 billion won. It takes several months for the FTC to rule on mergers.

A spokesperson from the FTC said it will make the decision by taking into account a diverse range of possibilities, like the chance of collusion and the combined market share. The company hadn’t yet applied for FTC review as of Wednesday.

Attorneys are mixed on whether Baemin’s and Delivery Hero’s merger will smoothly get the FTC’s approval.

When approving such deals, the FTC makes a judgment on whether the combination will create a dominant player that hurts fair competition in the market. The essential question comes down to how the FTC will define its boundaries.

“For fair trade issues, defining the market is the first procedure. The purpose is to see the extent the market can be negatively affected by the merger,” said Cho Won-hee, a D’Light Law Group attorney specializing in M&A and joint ventures.

The worst case scenario for the acquirer is the FTC defining Baedal Minjok’s and Delivery Hero’s market as “food delivery apps.” In this case, the two will be dominant players. In a similar case, the FTC did not approve a merger between SK Telecom and CJ HelloVision in 2016, saying the deal between a leading mobile carrier and cable TV operator could harm the consumers.

But if the market is broadly defined, like including fresh food delivery or food delivery made through phone calls, the combined market share will be lower, hence heightening possibility of approval.

Another possible argument is saying that their current grip in the industry won’t last long as larger players will enter the field in the future. Woowa has already mentioned this issue in its Friday statement, saying “strong challenges from continuous entry of IT platforms” was a major factor behind its M&A decision.

This argument also proved effective when the FTC approved eBay’s acquisition of Gmarket in 2009. The commission recognized the rapidly expanding e-commerce market that was drawing in players like SK-backed 11st at the time.

Baedal Minjok and Delivery Hero may not have such a strong argument.

“At the time, 11st was already an established player in the market, and the market of [individual] online shopping malls was also pretty big,” said a fair trade lawyer on condition of anonymity. “In this case, there is no alternative industry for food delivery apps. The barriers to entry in this industry are considerably high.”

Even if the process is not easy, others say the FTC approval will eventually come through if the government office and the companies can find mutual ground in terms of merger conditions.

“The most important factor for restaurant owners is the possibility of commission fee hikes,” said attorney Kang Hye-mi of Seum Law. “I think the essential tactic would be highlighting that the merger will not affect prices.”

Influence of the acquisition

The acquisition could shift the entire online and retail market.

“When the acquisition is approved, a fearsome firm will be born,” said Seo Yong-gu, professor of business administration at Sookmyung Women’s University. “Last-mile delivery has become crucial in the retail market, and if a platform that runs the delivery business jumps into the retail market, it could be destructive enough to even kill Coupang.”

Baedal Minjok recently started its B Mart service, which delivers instant food products like Hetbahn and home meal replacements. It has 15 distribution centers for the service. This offering could hurt the sales of small stores as well as larger franchise discount marts if it decides to exclusively work with certain retailers, according to Seo.

“The fact that the food delivery operator isn’t subjected to the retail regulations will only boost the presence of the firm.”

The acquisition could turn Baedal Minjok into the next Coupang, which destroyed the market with aggressive investment. Its dominance already drove out Uber Eats in October after two years of operation in the country, according to research analyst Jade Lee from Euromonitor International Korea.

Following the acquisition, Korea will become a major market for Delivery Hero.

“Korea was one of Delivery Hero’s early markets, but its profitability was limited due to the competition against Baedal Minjok,” said analyst Yoon Seung-hyun from Hana Financial Investment in a report. “The acquisition could make Korea become a massive anchor market for Delivery Hero in earning long-term profit.”

“Following the acquisition, the sales proportion for Delivery Hero in the Asian market will rise to 47 percent from 32 percent,” Yoon added.

Woowa Brothers argues it accepted Delivery Hero’s offer after the food delivery became intensely competitive. A spokesperson for Baemin said the company’s future seemed “unclear” without getting additional funding through the acquisition because it had to invest massively to stay in the game, and believes such spending will have to continue amid the growing competition.

Woowa Brothers runs a range of businesses related to the food platform, like the hiring out of delivery service Baemin riders and the rental of serving robots designed for restaurants. It also runs an online business where food delivery packaging is sold.

The business sustainability was questioned in recent years due to the rise of new powerful players.

Coupang “with funding from Japan has destroying all sorts of online markets,” wrote Baemin in a statement last week. “It is likely for local IT apps without much funding to suddenly vanish. Such a sense of crisis has resulted in the formation of the global alliances.”

Coupang, which secured a $2-billion investment from the SoftBank Vision Fund last year, jumped into the food delivery market earlier this year, while WeMakePrice started offering a similar service in April. KakaoTalk’s Gift, an e-commerce platform where users can purchase or exchange gifts ranging from food to clothes, is also seen as a threat to Baedal Minjok.

“We received offers from Delivery Hero several times before, but we accepted this time because for a firm to be able to survive, it needs to expand business,” said a spokesperson for Baedal Minjok. “We have to expand service within and outside Korea, but financially, that seemed difficult.”

Delivery Hero purchased 87 percent of Baedal Minjok shares while the remaining 13 percent is controlled by people from the company, including Kim Bong-jin, CEO of Woowa Brothers.

Delivery Hero is seen making the offer to raise its presence in the Asian market, which it claims to have huge potential.

The food delivery market in India, for instance, is estimated to break $5 billion by the end of this year and could exceed $15 billion by 2023, according to a recent report from eBEST Investment & Securities.

As part of the deal, Woowa Brothers formed Woowa DH Asia, a joint venture with Delivery Hero that will be based in Singapore. Each firm is to hold 50 percent of the shares, but Delivery Hero holds one more share than Woowa Brothers. Kim will be its chairman, and he will control the management in 11 Asian countries Delivery Hero has entered.

Baemin entered Vietnam in June after acquiring a local food delivery platform Vietnammm. It previously entered Japan in 2014 but withdrew in a year.