Park In-bee has her eyes on the gold medal prize

Park In-bee has her eyes on the gold medal prize 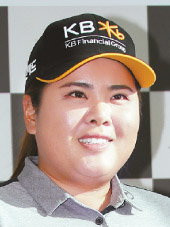 Park won the women’s gold medal in Rio de Janeiro in 2016, when golf made a return to the games after a 116 year hiatus.

The Olympic field is limited to 60 players each for the men’s and women’s competitions. For the women, the top-15 players in the world rankings as of June 29, 2020, will be eligible, with a limit of four players per country.

Park In-bee began this year at No. 4 but took a major tumble in the standings after failing to win any tournaments on the LPGA Tour.

“I’ve dropped quite a bit in the rankings because I didn’t win this year, but I believe I will have my share of chances [to qualify for the Olympics],” Park said. “If I play well during the first part of the season, I should be able to win a couple of tournaments and that should get me into the Olympics.”

The 31-year-old had cut down on her playing schedule in recent years, but she’ll jump into action right away in 2020, hoping to make some early move in the world rankings. She’s set to move to her home in Las Vegas next week to begin her offseason training, and she plans to compete at the season-opening Diamond Resorts Tournament of Champions from Jan. 16-19. Park has typically begun her season in February or March. For 2020, she said her goal is to play between 15 and 18 out of 20 LPGA tournaments before the Olympic qualifying deadline in late June.

“My objective for 2020 is to win, regardless of what the tournament is,” she said. “I’ve played in seasons where I didn’t set any goal for myself. Now I realize athletes all must have a sense of purpose. If I can get just one win out of the way, then the rest will come easily.”