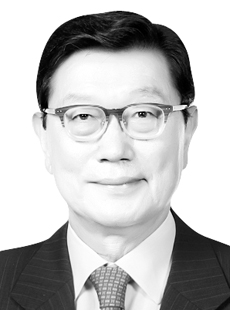 Chung Duck-koo
The author is the chairman of the North East Asia Research Foundation and a former minister of commerce, industry and energy.

People across the nation are feeling depressed as they count down the last days of 2019. Korean society was divided over the past year. Our politics pitted members of the public against each other in both the public and private realms. There wasn’t any matter or issue that pulled everyone together in solidarity, or an overwhelmingly heart-warming event that placated the angrier souls among us.

But what’s depressing people in a very profound way right now is not the pain they are feeling about anything that has happened recently: it’s the fear of what’s to come in the near future. It’s like people are going through a mass depression as they worry about the days that lie ahead, and realizing that our society is a so-called “contractional society” embedded with deepening imbalances in the economy. People are growing more enraged as the pride in our national statecraft crumbles and as our social morals erode.

The liberal policies of the Moon Jae-in administration, which were pushed through hastily and without proper deliberation, have caused vicious cycles in this country and raised red flags in various parts of the government. The economy has been crippled, young adults have lost hope in their futures and the diplomacy and security situations are reaching new heights of danger. 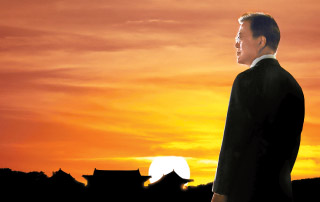 A tarnished sense of trust

The current reality forewarns a grave future. Taking various matters into account, the New Year is prone to be a perilous valley for both Korea and the Moon administration to traverse. It’s time for everyone to think more cool-headedly about the nation’s future. In the past two and a half years since Moon came into office, we failed to look to the future and chose to stay tethered to the past. The Moon administration, which began on short notice after former President Park Geun-hye was impeached and removed from the Blue House, started off without a broad picture of the future. It got carried away by the candlelight vigils that called for Park’s impeachment, and it relied on a collection of election pledges patched together by a few liberal scholars and civic groups. During this process, most of the trust assets that we all contributed to building over the past six decades of tribulations and struggles were either lost or tarnished.

Most importantly, the Moon administration didn’t take seriously the importance of governance. It hid in the penumbra of the candle lights that brought it to power. In the beginning of its five-year term, the Moon administration seized massive control over governance. Opposition parties fell into chaos and remained low-key. The candle lights were worshipped as the epitome of justice and fairness, and far-left policies were introduced. Members of radical activist groups and progressive civic bands conquered the “power elite” positions in the Blue House and served as gatekeepers for the liberal camp.

The National Assembly and the media are failing to contain the administration because they feel intimidated by the candle lights. Some high-profile figures raised their voices only to be viciously attacked by supporters of the liberal government. It breaks our heart to see how intellectual society prioritizes its own survival over the pursuit of value, and how bureaucrats succumb to the government while not faithfully following it. Words of advice presented by think tanks or wise men vanish into thin air.

The administration’s reckless campaign of “jeokpye [deep-rooted evils] eradication” has brought about an erosion of various parts of our national ecosystem and seriously undermined the system’s dynamism and resilience. The nuclear power phase-out policy has undermined the energy ecosystem, the real estate policy is failing to serve its purpose in the market, and the income-led growth policy has destroyed the ecosystem of small businesses and entrepreneurs. Liberal heads of local education offices are pushing the educational ecosystem to the point of no return through their groundless policies. Many members of the public worry that Korea might be on its way to becoming a socialist country.

When the Moon administration began in mid-2017, the national economy was weakening. It was at that critical moment when the government rolled out anti-market policies, which were counterattacked by the market and accelerated the recession. As the Financial Times pointed out, Korea has reached its worst economic situation in the past half-century, and the status quo is rolling back both entrepreneurship and labor spirit.

Moreover, the North Korean nuclear issue has returned to square one and it’s become a fait accompli that Pyongyang is a nuclear state, yet the Moon government is barely making any effort to discuss fundamental countermeasures. It’s extremely worrisome to see Moon show extreme trust in North Korean leader Kim Jong-un, and to see his past-focused, nationalist views on history and the world at a time when the United States is treating the South Korea-U.S. alliance as a relative value instead of an absolute value. The diplomatic security landscape of Northeast Asia is shaking as the South-U.S. alliance and the South-U.S.-Japan partnership are fracturing. To make matters worse, the Blue House is refusing to hear the warning sirens as it sees and reads only the things it wants to see and read.

How does Moon keep his approval rate so high despite his failure in governance? His aides brag about their success — the strengthening of the progressive forces and the growth of “autonomous” liberals. They think that if they focus the state budget on their supporters, they can maintain their approval rate of 40 percent or above. But intellects deeply fear that our people, who have become adjusted to such populist policies, may wind up like the Argentine public. And they feel sorry about using up positive resources that had been left for our future generations, leaving behind only negative resources.

We’re tied to the past, and that is belittling us. My former boss once told me, “The best way for a stubborn and incompetent person to serve the country is to not occupy an important position.” Why am I recalling this now? A while ago, a prestigious senior professor from Peking University asked me, “Why can’t Koreans raise good leaders even though they are so talented and smart?” I could not dare respond that it was because our national human resources ecosystem was undergoing serious erosion.

One thing that all failed presidents had in common was that they did not faithfully repent for the mistakes they made in their first half-term. From now on, it’s important that Moon clearly realizes what he did wrong. First of all, he should be a president for all members of the nation, not just his supporters, and based on that perspective, drastically transform his world of thought and self-conviction like the late astronomer Nicolaus Copernicus. And then he must craft the future of the nation.

Moon must stop dividing the country by misleading the spirits of justice, fairness, and the candle lights. He must also cease denigrating the values that we’ve all amassed over the past decades simply as jeokpye. He must stop prioritizing benefits for his liberal camp over benefits for the nation; pursuing an illusionary roadmap for Korean Peninsula peace and having self-conviction about it; and clinging on to his nationalist, past-oriented views. What Moon needs the most now is to let go of his prejudice, reclaim a sense of balance, and draw a vision for the future of the country. Rather than envisioning a small future for his liberal camp, he must give his all to painting a big future for the nation. In order to do this, he must allow the future to be free of political ideologies.

As Moon starts the second half of his term, he should seriously think about the divided nation, what caused it and why the president is failing to bring people back together. I hope he opens his heart and reaches out to everyone, including the conservatives who were burned by the candle lights. This is what everyone expects from the president in the New Year.