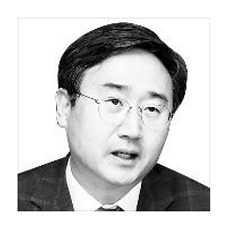 Twenty years have passed since the beginning of the new millennium, and a lot has changed. Korea’s economy has become one of the top 10 in the world. People’s living standards have been enhanced, and the so-called Korean wave of cultural content is spreading even further around the world.

But some things haven’t changed in the past 20 years: bad North Korea-U.S. relations and uncertainty on the Korean Peninsula as a result of North Korea’s nuclear weapons program. This year, the uncertainty is likely to escalate. Is this a crisis or an opportunity?

In the 2000s, North Korea-U.S. relations were influenced by U.S.-China relations, the internal situation in the North and military technological needs of North Korea. When the United States and China agreed to suspend petroleum supplies to the North in 2003, six-party talks were started. North Korea conducted nuclear experiments and made provocations like the sinking of the Cheonan warship and shelling of Yeonpyeong Island after North Korean leader Kim Jong-il had a stroke in 2008. A series of strategic provocations was made in 2016 and 2017 when the hydrogen bomb and ICBM developments were nearly completed in North Korea.

These variables will be important this year too. U.S.-China relations have become a contest for dominance of Asia. To China, North Korea is a useful negotiation card with the United States. As China cannot give up this card easily, it will only make Kim Jong-un more bold than before.

The internal situation in North Korea is headed to an absolute dictatorship. After the execution of Jang Song-thaek and purging of major figures, no one can give straight advice to Kim Jong-un now. In the meantime, the country’s military technology needs remain the same. Pyongyang wants to test its long-range missile technology. This is the background for North Korea asserting an important breakthrough at the party central committee meeting recently.

In retrospect, even that claim turned out to be an exaggeration, but if it becomes an election issue, it is a different matter. If North Korea actually launches a long-range missile, it is hard to predict the intensity of the U.S. response. As reelection prospects for President Trump are not slim right now, there is no reason for him to make an extreme choice. While impeachment was passed in the House of Representatives, it will certainly be rejected as the Republicans have the majority in the Senate. On top of that, as no Democratic candidate is particularly strong, it is doubtful whether the eventual candidate will be able to deal with Trump’s harsh language when the race narrows to one-on-one after the summer.

But if North Korea continues to make provocations, the U.S. Democratic Party would use it to attack Trump, and if Trump’s ratings fall for any reason in the process, he may choose an extreme response. One lesson of U.S. history is that no U.S. president failed to be reelected during a war. If Trump takes that lesson in the wrong way, we may witness a “bloody nose” attack on North Korea in real life.

There is a solution. North Korea can give up its nuclear program. The United States is willing to implement the four clauses from the Singapore summit in June 2018. However, North Korea is refusing the path to denuclearization. But our answer is fixed. We need to prevent escalation of military tensions and pursue denuclearization in the long run.

The problem with the Moon Jae-in administration is the fact that it defines past policies as a failure and sticks to its vain belief in North Korea’s benign intentions. Two decades ago, North Korea chose to possess nuclear weapons, but what about now? Aside from the nuclear program, it cannot keep up with South Korea in any way. South Korea gave up nuclear weapons but became far more powerful than North Korea through economic development and responding to the North Korean threat through the solid Seoul-Washington alliance.
Everything will go well unless denuclearization is not given up, the economy regresses or the South Korea-U.S. alliance deteriorates. Strong waves are surging. But as long as we collect our minds and keep the balance, smooth sailing will be possible.