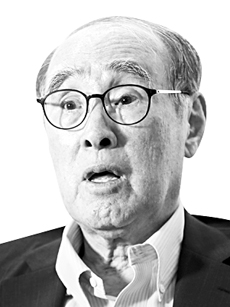 It looks like the international political world is transforming for the first time in 30 years. South Korea’s democracy and successful hosting of the Summer Olympics in 1988 signaled the end of the Cold War between the East and the West. Germany’s reunification in 1990 brought the onset of a peaceful global community. International society finally could focus more on economic and environmental issues as it broke away from the tethers of a possible nuclear war between two superpowers or the outbreak of another world war.

As the world entered the 2010s, however, there was a rising possibility that Iran would develop nuclear weapons. As North Korea attempted to deploy strategic weapons such as nuclear bombs and missiles, threats of a possible war began to simmer. As we start off 2020, that bad omen is starting to turn into reality, muddying our future as we face the failure of nuclear nonproliferation. 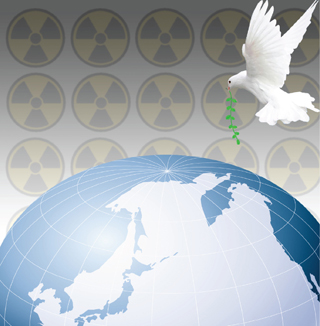 Washington’s killing of a powerful Iranian military leader was not completely unexpected. Iran’s subsequent declaration that it would no longer abide by the 2015 nuclear deal and that it would retaliate against America for the death of Maj. Gen. Qassim Suleimani was also expected.

But there needs to be more thorough analysis on what changes Iran’s nuclear development would bring to the world’s new dynamics when the country vows to take the lead in booting the United States out of the Middle East.

The world will also have to see how the U.S.-Iran conflict affects the Iran-Israel dispute and how much Russia will try to use this chance to alter global dynamics to its favor.

How North Korea will react to this transition period will also have to be closely watched. Pyongyang has already declared itself a nuclear power, and since late last year, it has been threatening a change of path.

It is no news that the South Korean government agrees on the widely held belief that North Korea, in whatever circumstances, will never give up its nuclear weapons. However, an article about North Korean leader Kim Jong-un published in The New York Times on New Year’s Day by David Sanger is worth paying attention to.

“But buried in Mr. Kim’s New Year’s statement was a suggestion of what he really had in mind: talks with the United States about the ‘scope and depth’ of the North’s nuclear force. That means he really is not interested in denuclearization at all. He is interested in arms-control talks, like the United States conducted for decades with the Kremlin.” The journalist continued: “And arms control, of course, would achieve what Mr. Kim, his father and his grandfather all sought: that insurance policy for the family.”

As Iran and North Korea grow into nuclear powers, the world’s geopolitical dynamics has no other choice but to vastly change. One thing to notice here is that Kim thinks only nuclear states can participate in the new drawing of the international political dynamics. Based on that assumption, he is waiting for a next meeting with the United States and thinks of other non-nuclear states — such as South Korea — as peripheral players.

Regardless of whether Seoul, Washington and Tokyo will accept Pyongyang’s logic, international politics must ask itself: Will China be willing to yield its title of Northeast Asia’s sole nuclear power and become one of two superpowers in the region along with North Korea, or accept a trilateral nuclear power group, including Russia?

On the perspective of whether or not to preserve the Non-Proliferation Treaty (NPT), Beijing will have to make a major decision on whether to acknowledge Pyongyang as a nuclear power by treating its ally as an exception to the NPT as it has been doing, or to accept America’s extended nuclear deterrence for Seoul and Tokyo.

If America’s extended deterrence through the security treaties of Seoul-Washington and Washington-Tokyo expands into something like the NATO in Europe — and if North Korea and China form some sort of an extended deterrence relationship — institutionalized international peace can be established in West Europe and East Asia instead of a system for survival of the fittest during a new era of nuclear powers.