Blind loyalty to a person

Blind loyalty to a person 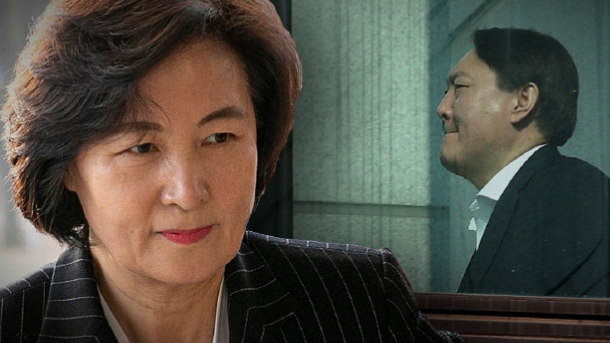 “It is an honor for my family, and I am sincerely thankful for the great favor from the president to entrust me with this glorious task. I pledge to give my life to the president and be loyal.” The press room at the Seoul Central District Prosecutors’ Office was stirred in May 2001. The inauguration speech of Justice Minister Ahn Dong-su, which arrived via fax, contained surprising phrases. It turned out that a staff member in Ahn’s office sent a letter to President Kim Dae-jung by mistake. Ahn resigned 43 hours after appointment, becoming the shortest-serving minister. The outdated pledge that is reminiscent of a monarchy is quoted over and over as a classic.

The so-called “Yeongpo Line” in the Lee Myung-bak administration was quite peculiar as well. The public ethics support office under the Prime Minister’s Office — which created controversy by illegally surveilling civilians — described itself as a “royal guard absolutely loyal to the VIP” and a “secret organization devoted to the VIP” in the operation command chart. I almost suspected it was created north of the demarcation line.
The highlight was the Park Geun-hye administration. The cronies who were loyal to President Park were called the “true Park group,” not simply a “pro-Park group.” The followers of Park did not mind being ridiculed and were eager to be included in the “true Park” circle.

In the democratic era, the reason why some people are loyal to a certain individual with power — instead of the state — is simple. They think it is more advantageous for them to gain power and fulfill their ideals. But it always ends in failure. As a result, the power holders whom they were loyal to also fall.

The Moon Jae-in administration that has been drawing a line from the past administrations is faced with similar criticisms — and this time, it is coming from inside. Seoul Central District Court judge Kim Dong-jin, who is a liberal, said on Jan. 11 that the blind loyalty to one individual goes against democratic spirits. He criticized that Justice Minister Choo Mi-ae’s appointment decision to reshuffle some of Prosecutor General Yoon Seok-youl’s close aides was against the constitutional spirit.

Why is the administration — which was established to replace an administration that collapsed after giving excessive loyalty to a person — pushing the prosecutor general who is not faithful to a person into a corner? Is there a desperate reason for this action? Time will tell.