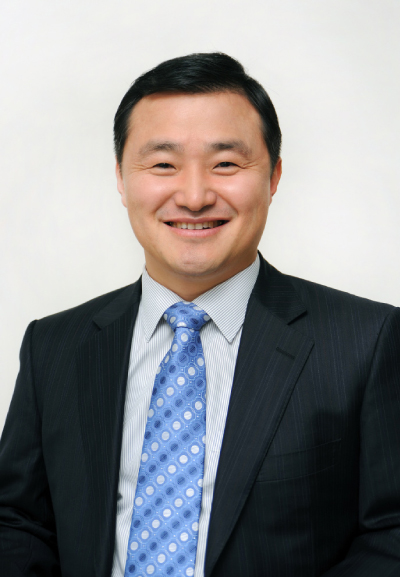 The company’s annual personnel reshuffle was announced Monday, a month later than usual, and the top of the corporate structure remained untouched: Vice Chairman Kim Ki-nam will continue as division head for device solutions as will President Kim Hyun-suk for the consumer electronics division and President Koh Dong-jin for the IT and mobile communications division (IM).

But some duties of the three were given to younger executives.

Roh took command of the mobile communications business from Koh on Monday.

Having started as an engineer at Samsung, the 51-year-old Roh is considered by industry analysts as one of the strongest contenders to rise in the future.

He is well-known in the phone industry for having successfully established the Galaxy brand from its early days.

In a Monday statement, Samsung described Roh as the “driving force” that elevated the company’s global stance in the mobile sector. “As a young leader, we expect him to instill new energy to the organization and devise innovative strategies in a fiercely competitive smartphone market,” it added.

Kim Hyun-suk will no longer run Samsung’s home appliances business, which is a unit of the consumer electronics division. His successor is not yet decided.

Although Koh and Kim remain leaders for two of Samsung’s three large divisions, the shifting of their commands is seen as a generational shift with younger leaders climbing the ladder.

The company said in the Monday statement that it expects Vice Chair Kim and Presidents Koh Dong-jin and Kim Hyun-suk to “focus on creating synergy between the three divisions, discover new growth engines and train the upcoming generation.”

Vice Chairman Kim Ki-nam will hand over his title as head of the Samsung Advanced Institute of Technology research and development center to Executive Vice President Hwang Seong-woo.

Hwang and three others were promoted to presidents on Monday.

One of the three is Jeon Kyung-hoon, executive vice president of the IM division’s network business unit. A former electrical engineering professor at Pohang University of Science and Technology, Jeon was a big contributor to Korea’s commercialization of 5G networks. He will continue heading the network unit.

Rhee In-yong, who served as an advisor for Samsung’s social responsibility activities, made a rare comeback to head the company’s corporate responsibility unit as president.