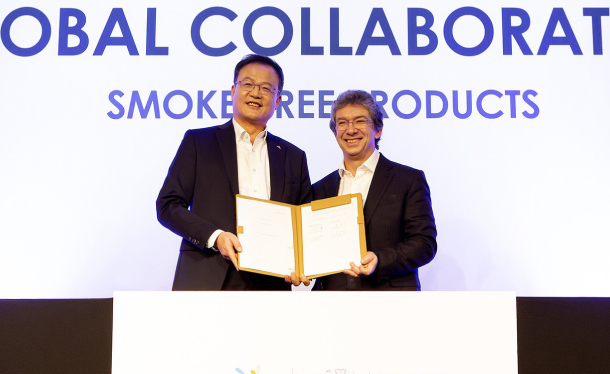 KT&G formed a strategic partnership with Philip Morris International (PMI) to expand the sales of its lil heat-not-burn cigarettes.

It marks the first official introduction of lil products overseas.

“This strategic collaboration with global industry leader PMI is an important opportunity for us to be recognized once again for our brand competitiveness and innovative product development capabilities,” said KT&G CEO Baek Bok-in. “We will set a new industry standard for the future tobacco market and lead the industry.”

PMI, the maker of the IQOS tobacco heating system, refused to disclose the number of countries in which it will sell lil products, saying it is too soon to disclose. But the United States has been excluded from the countries on the list, in part because of the controversy over the harmfulness of liquid e-cigarette products in the country.

IQOS products are being sold in around 50 countries.

PMI will profit from selling lil products, while KT&G will generate revenue based on the supply price and royalty fees.

KT&G will start supplying the products to PMI this year. Specific dates haven’t been disclosed, but they “agreed to put efforts into selling the products as quickly as possible this year,” according KT&G.

PMI Chief Strategy Officer Deepak Mishra said the company decided to cooperate with KT&G because its products “complement” PMI’s cigarettes and helps “us offer wider choices to smokers.” The deal could also help PMI establish the global standard or regulations on smoke-free cigarettes, according to PMI.

KT&G says that IQOS is seen as the industry leader, despite the lack of precise statistics on heat-not-burn cigarette sales.

KT&G said the partnership is a great opportunity for the company to raise its global reputation and expand its product sales overseas. Strong distribution networks and the infrastructure of PMI is another reason KT&G decided to join with the international tobacco company instead of directly exporting the products.

KT&G hopes the deal will “dramatically increase this year’s exports compared to last year,” according to Lim Wang-seop, chief of the next generation product business division, during the press event.

PMI CEO Calantzopoulos said, “We are able to bring PMI’s resources, knowledge and infrastructure as we leverage KT&G’s smoke-free products. Our agreement will benefit adult smokers by providing a wide array of better choices.”

KT&G introduced lil products in 2017 and have sold a total of 2.1 million units as of January.