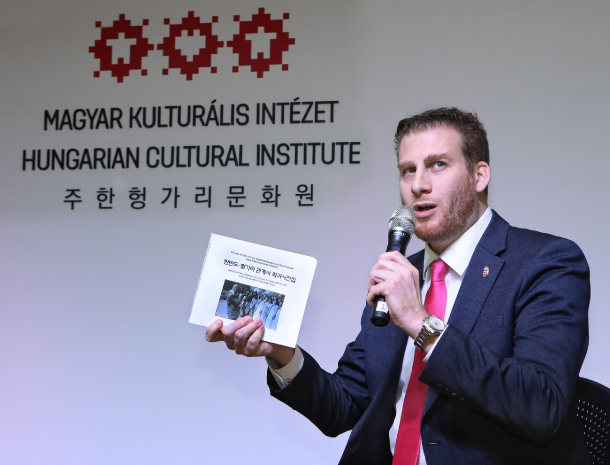 Hungarian Ambassador to South Korea Mozes Csoma makes remarks about a newly-published collection of photographs titled “The relations of the Korean Peninsula and Hungary seen through rare photos” at the publication party held at the Hungarian Cultural Institute in central Seoul on Thursday. The book contains 124 photos depicting relations between the two countries since Hungary established diplomatic ties with the Joseon Dynasty (1392-1910), the predecessor of Korea, in 1892. [PARK SANG-MOON]