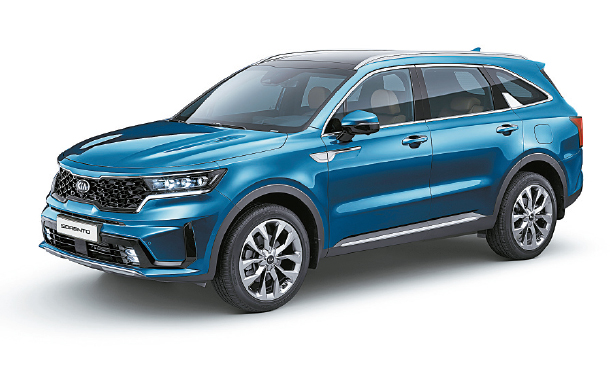 Kia Motors has begun accepting preorders for its new Sorento SUV ahead of an official launch next month.

The fourth-generation Sorento has been fully redesigned six years after its most recent revamp. The updated model includes new architecture that improves the interior size and road performance, Korea’s second-largest automaker announced in a statement Wednesday.

The SUV measures slightly longer than its prior iteration, at 4.81 meters (15.8 feet). It measures 1.9 meters wide and 1.7 meters tall. The wheelbase is 35 millimeters (1.4 inches) longer, at 2.815 meters. The SUV will also be available as a six-seater, with two individual second-row seats, or a regular five seater option.

Kia Motors added that the new Sorento is the first vehicle from Hyundai Motor Group that is equipped with a new multi-collision avoidance system that allows the car to automatically apply the brakes when airbags deploy, which can reduce the likelihood of secondary collisions.

The SUV is the first from Kia Motors to include the KIA Pay system, which allows drivers to pay for gas and parking through the infotainment system. It also has a 360-degree remote view through its infotainment display system for easier parking.