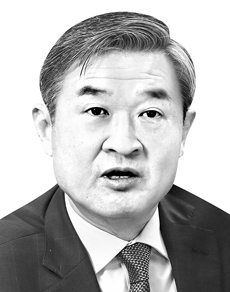 Cho Tae-yong
The author is a former vice foreign minister.

Twenty months have passed since U.S. President Donald Trump first met North Korean leader Kim Jong-un in Singapore, but we have yet to hear anything about the North’s denuclearization. Pyongyang may have flinched when Trump threatened it with “fire and fury,” but the regime is now full-bore in its refusal to give up nuclear weapons, deploying brinkmanship, anti-U.S. fulminations and the usual buck-passing strategies. Here’s my assessment of the talks between the two countries so far.

First, many meetings were held, but barely any meaningful progress has been made. The only measures Pyongyang has taken so far are halting long-range missile tests and nuclear experiments, as well as demolishing the Punggye-ri nuclear test site. But all those steps were initiated before the first U.S.-North summit in June 2018. Kim and Trump met three times in total, Kim and South Korean President Moon Jae-in four times, and Kim and Chinese President Xi Jinping five times, but North Korean denuclearization failed to make a single step forward.

Second, Pyongyang’s denuclearization promise turned out to have been a lie. Even China now seems to acknowledge that the North’s vision of a denuclearized Korean Peninsula is different from that of the rest of the world. Our government has publicly declared Kim made a decision to denuclearize, and I do not know if the government really thinks this, and if it does, why: because it lacks an understanding of the regime or because it sees only what it wants to see. Either way, such an attitude has considerably undermined the world’s trust in us.

What’s more, North Korea conducted artillery firing drills on the border island of Changrin in the Yellow Sea — just 18 kilometers (11 miles) above the Northern Limit Line — under Kim’s command. That provocation was a grave threat to South Korea yet the U.S. shrugged it off. A bigger problem was our government’s equally lukewarm attitude. Who should care about South Korea’s security if its own government does not? 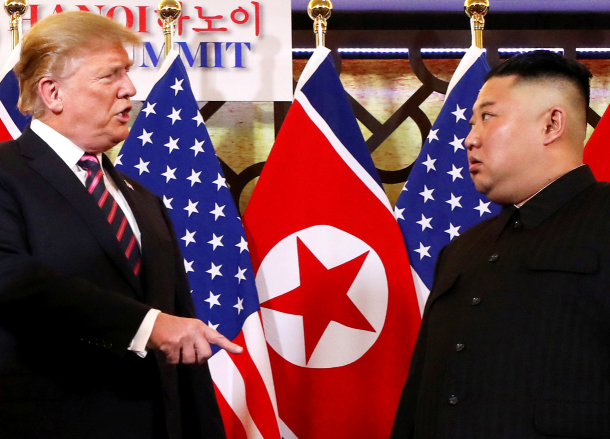 Fourth, Pyongyang is increasingly engaging with Washington while bypassing Seoul. While our ally is negotiating with our primal enemy, we’re not in the picture. This, in itself, poses a potential crisis to us.

In the past when the U.S. and North Korea carried out talks, South Korean governments have demanded thorough consultations from the U.S. in the negotiation process. But during the U.S.-North summit in Hanoi, Vietnam, on Feb. 28, 2019, our government had no clue that the summit was falling apart. Our pitiable situation was shown to the world on June 30, 2019, during the Panmunjom meeting between Kim and Trump, when Moon was on the spot but did not play any role of substance.

Last, North Korea always acts so ungratefully toward South Korea and accuses it of raising tensions. South Korea is the one that guided the North out of international isolation and brought the regime to the summit table with the United States by facilitating three-way communication by dispatching special envoys. In total disregard of our efforts, however, North Korean media insulted President Moon last year with shocking comments. Pyongyang argued that our deployment of F-35 strike fighters went against the inter-Korean Comprehensive Military Agreement, while it brazenly carried out an artillery drill on a border island — an undisputed violation of the agreement.

In late 2019, the regime spewed provocative threats and hinted at an insulting “Christmas gift” for the United States, but the year passed silently. Kim even skipped a New Year’s address in January. Some say China restrained the North, but there’s a high possibility that Pyongyang was not technologically prepared to deliver a high-intensity provocation. Over the next few months, Kim will have little room for maneuver after Washington’s assassination of Iran’s Maj. Gen. Qassim Suleimani, leader of the Quds Force of the Islamic Revolutionary Guards Corps, and the outbreak of the new coronavirus.

But before long, North Korea will try to shake things up again by playing another of its cards of provocation, because international sanctions are taking a serious toll on the regime’s foreign currency reserves, and this might lead to a steep hike in commodity prices and in the exchange rates between the U.S. dollar and North Korean won. When Pyongyang provokes, calls to lift sanctions will be heard in the international society — even here in the South. This will not only eternally eliminate the thread of hope we have for North Korean denuclearization, but also prove that South Korea chose “submissive peace” in the face of a nuclear-armed North Korea. In that process, there’s a high chance that the South-U.S. combined drills will be forever scrapped and the alliance will be decoupled on the military front.

Denuclearization is the only goal

What should we do? First, we must not scale back our goal for North Korea’s complete denuclearization. In particular, we must not sign an agreement that does not include a timetable for the North’s nuclear disposal measures. If we agree on a reliable denuclearization roadmap as a first step, the rest of the world could consider a partial ease of sanctions in exchange for the North pulling the plug on all of its nuclear development facilities, including clandestine enrichment facilities.

If denuclearization talks go smoothly, serious issues pertaining to our national security can be discussed with the goal of establishing a Korean Peninsula peace regime. Some hot topics can include the South-U.S. alliance, U.S. troops stationed in the South, extended deterrence and a peace accord. By closely cooperating with Washington, we must make sure there is no “bad deal” harming our national security.

Over the past decades, the world has tried to persuade North Korea to give up its nuclear weapons by offering security assurances, economic aid and normalized ties with the United States. But there are fundamental limits to such plans because even if Pyongyang receives all those things, there’s no guarantee of the safety of the regime. For instance, even if North Korea opts for economic development in exchange for its nuclear weapons, it can pose a direct threat to the regime if it fails to control its people’s contact with the outside world.

Denuclearization can only be realized when Kim looks ahead into his country’s future and decides to abandon nuclear weapons. He has to decide whether to choose nuclear weapons or economic development. We must induce Kim into thinking that relinquishing his nuclear arms and taking a chance on economic development is far better than holding onto his weapons — and this is not impossible if the international society consistently maintains sanctions on the North.

We must stay prepared for North Korean provocations at all times, but it does not mean we should be daunted by them. The North is capable of inflicting harm on us by firing its long-range artillery weapons aimed at the Seoul metropolitan area. But if it does carry out such provocations, the South-U.S. alliance is prepared to cause even greater damage in return, which could threaten the very existence of the Kim regime.

Military simulations show that North Korea cannot win a battle with South Korea. The North has seen advancements in its nuclear capacity, but as long as the South is protected by the U.S. extended deterrence, the North will be defeated. As Pyongyang has certainly drawn the same conclusion, it is keeping itself restrained.

The past 20 months showed how difficult it is to denuclearize North Korea. Pyongyang was so eager to hold a summit with Washington, but even that failed to lead to denuclearization. Then it’s only reasonable for one to think denuclearization through negotiation is bound to fail. If so, we need to take necessary measures to prepare for the next step. It’s essential for South Korea to speed up its development of the so-called three-axis missile defense system, strengthen the South-U.S. defense posture and reinforce the U.S. extended deterrence. Above all, our government must wake up from its self-imposed stupor of wishful thinking.