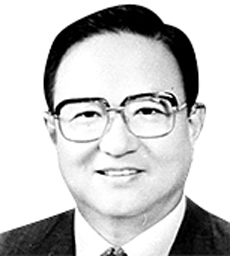 Chang Chi-hyuck
The author is the former chairman of Kohap Group.

Contrary to the expectations for a free world, China’s fast development and rise has steered toward Sinocentrism, totalitarianism and communism, going against the tides of free democracy, free market and the global value chain. Underlying this phenomenon are historical materialism and atheism. Let’s take a look at China’s Northeast Asia strategy. In order to intervene in denuclearization talks between the United States and North Korea, Beijing has chosen to exert influence on Pyongyang while taking the U.S. side, which in course, has temporarily restrained North Korea from carrying out provocations. That can explain why Pyongyang, which threatened a “Christmas gift” for Washington last December, remains quiet — so far this year.

In case of a limited war, North Korea is capable of attacking the Seoul metropolitan area and the American military base in Pyeongtaek, Gyeonggi, with its nuclear weapons and other advanced weapons that incorporate computer simulation technology bordering on space war.

China will try to push for a U.S.-North peace treaty on the pretext of denuclearization, while inducing South Korea to voluntarily be pro-Chinese citing a “community of common destiny.” China also intends to slyly separate Seoul, Washington and Tokyo by making South Korea complain about its bilateral General Security of Military Information Agreement, or Gsomia, with Japan — on the backing of anti-Japanese forces within South Korea — in an attempt to force Seoul to turn away from the U.S.-led Indo-Pacific strategy. Beijing believes that this will help lead to the singing of a peace treaty between Pyongyang and Washington and the withdrawal of American troops from South Korea, which will ultimately undermine South Korea’s identity.

We are now facing a crisis. As a free democracy and free market country, our lifeline is linked to the free world, but the novel coronavirus outbreak and Chinese President Xi Jinping’s so-called China Dream are out to sever that fundamental link.

We must predict the future based on the past and present. China is vying to fulfill its 5,000-year-old China Dream by connecting South and North Korean railways to its Belt and Road initiative — which will put the Korean Peninsula and East Sea at risk of becoming sucked into the Greater China. Five thousand years of Korean-Chinese history was fraught with nearly 300 Chinese invasions of the Korean Peninsula. 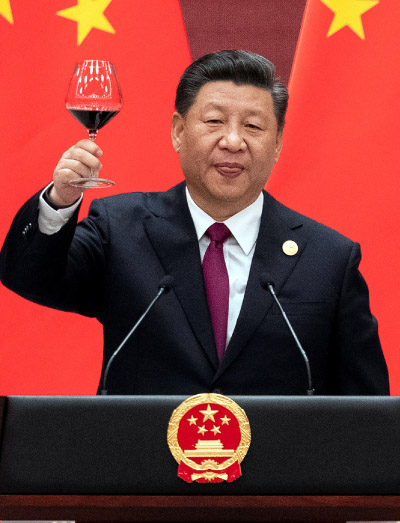 Chinese President Xi Jinping proposes a toast to heads of state participating in an international forum to promote China’s Belt and Road initiative at the Great Hall of the People in Beijing in 2019. [REUTERS/YONHAP]

If any political parties resort to pro-Chinese or anti-Japanese ideology for the sake of remaining in power, such acts can be treachery. Only a free democracy and free market country can form a community of common destiny with us. Goguryeo Kingdom (37 B.C. to A.D. 668) and Balhae Kingdom (698-926) collapsed, and the two Koreas are now split. The power struggle between the three sons of dictatorial Yeon Gaesomun is what led the once powerful Goguryeo Kingdom to perish. Namsaeng, the eldest son of General Yeon Gaesomun, lost to his brothers and fled to China. He joined the Tang Dynasty of China and led Tang forces to attack his motherland Goguryeo and destroyed it. Ye Wan-yong of the late Joseon Dynasty (1392-1910) was not pro-Japanese in the beginning. He was once a reformist elite, yet later became pro-Japanese and betrayed his country as he grew disgruntled with Joseon’s internal political strife and sensed the end of the 500-year-old monarchy.

History is a living textbook. We must get our heads straight and overcome this crisis. No one must follow in the footsteps of Namsaeng or Ye Wan-yong. China also must wake up from its China Dream and cooperate with the free world. The global digital era will help advance this transition, as proven in the prevalence of liberty and justice throughout history.

The Moon Jae-in administration must clarify its basic stance for the upcoming April 15 general elections. No matter whether it loses or wins the elections, the administration must stay faithful to the principles of a democratic nation. That is the only path to becoming an honorable leader.

The elections will decide our fate. We must not think South Korea is a small country although President Moon said so in a speech to Peking University students in his state visit to China in 2017. In the global digital era, we can create peace and prosperity if we mutually share the time and space of Earth and develop and expand high-efficiency means of survival. The definition of a small and big country will change, and South Korea will be able to grow on par with the United States, China and Japan.

In 2018, South Korea beat Russia — the world’s largest nation in geographical terms — to become the world’s 10th biggest economy with a nominal GDP of about $1.7 trillion. South Korea was able to rise after overcoming its postwar poverty. Yet I deeply worry about South Korea’s current political landscape to the extent that I cannot help but recall our great patriots: Eulji Mundeok of the Goguryeo Kingdom, Gang Gam-chan of the Goryeo Dynasty (918-1392) and Yi Sun-sin of the Joseon Dynasty.

It is time to craft a new paradigm for inter-Korean issues. The Korean Peninsula is faced with a geopolitical crisis as the maritime forces such as the United States and Japan increasingly clash with the continental forces like China and Russia. South Korea must search for a geo-economic strategy that can lessen possible dangers and promote mutual prosperity. Seoul must offer a chance to Pyongyang to decide its own fate, and Seoul can do so by starting with the Rajin-Khasan free trade zone which can link North Korea with the global free market and help it develop its economy through a dramatic transformation into a peaceful regime.

Not anyone can join the movement to create this new paradigm for 2020. We should first wake up and independently choose the side of free democracy that practices freedom, justice and creation. The April general elections will decide the fate of our nation. All power and responsibility lies within the general public.