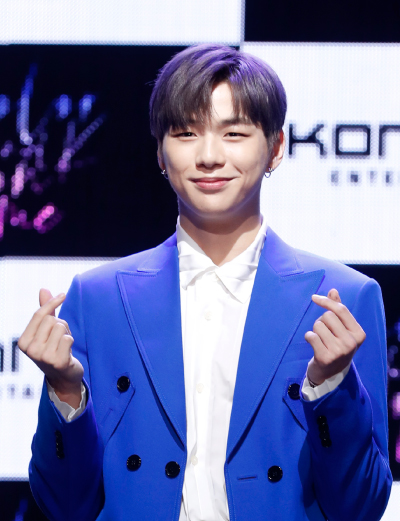 Singer Kang Daniel debuted on July 25, 2019, soon after founding his own agency Konnect Entertainment. He gained fans through Mnet’s “Produce 101” (2017), which allowed him to establish his own agency before his debut. [NEWS1]

Last month, Yubin of famed girl group Wonder Girls announced that she had founded her own agency, rrr Entertainment, after leaving her longtime partner JYP Entertainment earlier this year. Having started off her career in 2007 as a member of Wonder Girls, she continued with a solo career under the same agency beginning in 2017 when the girl group officially disbanded, releasing her own music and appearing on TV shows like always. But with rrr Entertainment, Yubin hopes to fulfill new “goals and purposes” according to a statement she posted on Instagram.

“I’ll show off more of Yubin here, where my present and future will be,” she wrote. The rrr of the name stands for “real recognize real” according to the singer.

In recent years, the number of singers leaving their agencies and founding their own entertainment companies has greatly increased. While big-name acts have jumped ship to start companies in the past, the recent slew of artists creating agencies have been younger than ever before, thanks to the wide range of online platforms that allow stars to connect with fans without the help of large businesses behind them.

Artists who have recently left their agencies to create their own entertainment companies include, from top, Psy, Zico, Yubin and Hyolyn. [ILGAN SPORTS, YONHAP, EACH AGENCY]

It is still the case that most celebrities who launch their own companies are armed with a powerful brand, as is the case with rappers Psy and Zico who both founded their own agencies last year.

After spending eight years together, Psy bid farewell to YG Entertainment and founded P Nation in January 2019. Since then, rapper Jessi and singers HyunA, Dawn and Crush have joined him to make one of the most promising agencies of 2020.

According to an interview with the Korea JoongAng Daily last year, being on his own has helped Zico take more responsibility for himself and given him more freedom when it comes to his work.

Other singers who have built their own homes include Hyolyn formerly of disbanded girl group Sistar, who established Bridge Entertainment; boy band Highlight, who co-founded Around Us Entertainment; singer Kim Wan-sun, who created KWSunflower; and singer Baek Z Young, who opened TRI-US Entertainment.

The reasons for leaving their old companies and founding their own varies from person to person, but most acts are doing so because they now can. In the past, celebrities relied entirely on agencies for securing media appearances and distributing physical albums, which were the two most important factors to an artist’s career. Now, the vast range of online platforms has allowed stars to break away from the traditional structure of the music industry and be able to promote themselves and their music without the need for a large agency behind them.

More recently, even younger acts are starting off their careers with their own agencies thanks to the changing media environment. While developing a career in the past required years of performing and promotions, the surge in television audition programs has allowed rookies to establish a loyal fan base well before their official debut.

Take the cases of singer Kang Daniel, who established his agency Konnect Entertainment before he made his official solo debut last year, and rapper BewhY who established his agency Dejavu Group in 2017 after he won the fifth season of Mnet’s hip-hop audition program “Show Me The Money.” Rapper Superbee, who debuted in 2015, founded Yng & Rich Records last year after gaining popularity through the “Show Me The Money” franchise.

“Everything costs money - hiring people, renting a car and paying the bills,” said an official from HNS HQ, an entertainment PR company. “So you’d need a certain level of reputation to make sure you can get the people for that and pay them. It costs a lot, which is why not many people establish their own companies. But having their own company also means that they don’t have to share their income with many people, so that might be the biggest appeal for stars.”

But that liberty can be a double-edged sword because there’s no backup plan if the performer at the head of the company should lose their star power. To succeed in the long term, singers either need to be able to produce their own music and content or at least have a lineup of other acts to diversify their income. If people lose interest in them, there is no agency to buy them time to recover or pay their bills while they make no income.

“To make sure they make it long term, agencies need to find and nurture talent to work with them in the future,” said Lee Gyu-tag, professor of pop music and media studies at George Mason University Korea in Incheon. “It’s very likely that in the future, these small-sized companies will collaborate with each other in forms of both loose and strong bonds, or even just merge together. There will come a time when they feel limitations and decide to cooperate without interfering too much with each other. Or in other cases, they could be absorbed by bigger companies or work under their umbrella, like the case of SM Entertainment collaborating with girl group Loona.”