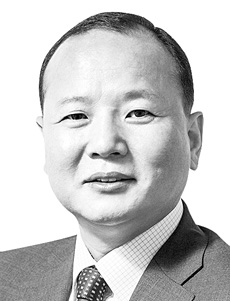 A century ago, mankind fought two wars nearly simultaneously — World War I from 1914 to 1918 followed up by the Spanish flu pandemic of 1918 to 1920. The year of 1918 was the deadliest from the double whammy. The flu killed more soldiers in American bases than on battlefields, struck crowded warships at sea and ambushed allied forces battling with the German empire. The influenza spread did not discriminate between borders, race, civilians or servicemen in its attack.

According to archives of the U.S. Centers of Disease Control and Prevention (CDC), waves of the Spanish flu swept across the U.S. mainland in the spring, fall and winter of 1918. The first wave hit in Kansas. The second killed the most in America and the third lasted until the following spring. A quarter of the American population caught the flu, from which 670,000 died. The average life expectancy fell by 12 years. The total death toll in the world was 50 million, nearly tripling the 16 million killed in World War 1. It was more lethal to the young aged between 15 and 34. In Korea, 140,000 died. No pandemic has killed more people in such a short period.

However, the pandemic scare was overwhelmed by war slogans and revolutionary frenzy. The San Francisco Chronicle reported that the Nazi peace propaganda was more threatening to the world than the Spanish flu. The flu did not originate in Spain. The country was unfairly tied to the disease because it was first to report on it, as it was not subject to the wartime censorship which affected other European countries. It even did not hide that Spanish King Alfonso XIII contracted the flu.

American cities did not have a universal approach to coping with the killer virus, leading to different results. Philadelphia went ahead with a street parade to support the war effort in September when the flu was ravaging military camps. Over 200,000 gathered in a show of solidarity. Of them, 2,600 died in a week. The fatality rate was at 769 per 100,000 of the population between 1918 and 1919, the highest in America.

St. Louis went to the extremes to play it safe, closing schools, theaters and billiard halls after the virus broke out in military bases. The city banned public gatherings of more than 20. Its fatality rate was just one-eighth of Philadelphia’s at its peak.

San Francisco mandated face masks. Anyone without a mask on was fined or arrested. Police even arrested those taking off their masks to smoke. The death rate from the flu was contained. The city lifted the tough regulation in late November and allowed public assemblies. But the city was struck hard by the third wave. It ended up having one of the highest fatality rates among 50 U.S. cities between 1918 and 1919.

The Spanish flu has been largely forgotten. It is being remembered because of the new coronavirus outbreak. In 2005, the United States adopted the National Strategy for Pandemic Influenza Preparedness and Response. President George W. Bush pressed the agenda that has been gaining dust since 1977. The White House Homeland Security Council mapped out detailed action plans. The agenda set the guidelines on preparedness against pandemic, communications, supervision and inspection, quarantine measures and lockout. It specified the roles of the federal and state governments as well private and individual duties. The specifics of the action exceed 300.

It defines the role and responsibilities of each department in the administration. Pandemic influenza joined the ranks of national priorities along with foreign and homeland security. The latest pandemic — Covid-19 — has put the agenda to a real test.

The British also drew up a response manual against an influenza pandemic in 2011. The Guardian published the manual to guide civilians in coping with the new virus outbreak. The guideline has helped mitigate confusion for the public.

In a white book on new influenza in 2012, Japan included the different results in Philadelphia and St. Louis from the 1918 flu outbreak. The extreme precautionary steps of St. Louis were cited by Japanese Prime Minister Shinzo Abe for declaring a temporary break for schools last month. Japan has mandated recording of all government meetings and documents on the latest outbreak.

The novel coronavirus has also become a tipping point in Korean quarantine against infectious disease. Everyone across the world has witnessed the explosive perils of a pandemic. The world will likely remember things before and after Covid-19.

Koreans must stay vigilant to the pandemic as it heavily relies on external trade and is neighbor to China with the largest swine and avian populations largely known for carrying influenza. There is a theory pointing to 200,000 Chinese immigrants to America from 1910 to 1917 as the cause of the 1918 influenza.

Sharing the memories and experiences and learning from past mistakes can start a new beginning. In remembering the 100th anniversary of the 1918 flu pandemic, the CDC posted that “We remember the lives lost. We prepare for future emerging threats.”