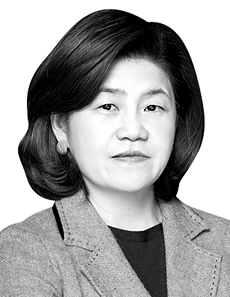 It’s been over a month that Daegu city has been suffering from the outbreak of the Covid-19 coronavirus. It is too early to say we are out of the tunnel. Instead, the entire world is feeling the pandemic. But on one side of the Covid-19 tunnel, we are having a remarkable experience: we feel the value of community life and are rediscovering our connectedness. At the same time, as sediment is revealed when water drains out of the tideland, the darkness of Covid-19 has shown something brighter as it recedes.

The Moon Jae-in administration was criticized for failing to block the infection source from China. But these days, it’s busy praising its later efforts. President Moon said that the disease control system has succeeded without having to resort to extreme measures, like a full-scale entry ban. Health Minister Park Neung-hoo said Korea is a model for global disease control. Is that so? That praise might more justly be given to Taiwan, which had only 67 cases of confirmed infection and one death, and Singapore, which had 243 cases of infection and not a single death. Both of them minimized the damage by locking themselves down.

If Korea is praised as a model, it is due to the people and infrastructure. Among four countries that failed in the initial stages of disease control — China, Korea, Italy and Iran — Korea is the only one that did not fall into a deeper pit and shows signs of slowdown in infections.

Daegu is considered an exemplary city in the battle against Covid-19. A source familiar with the process said, “When hundreds of people mostly affiliated with the Shincheonji cult were found infected on a daily basis, the private sector came forward. Daegu started a Medi City Committee representing five medical groups — doctors, oriental medicine practitioners, dentists, pharmacists and nurses. The committee served as a link among those industries, the government and academia, creating an effective response system by helping hospitals in Daegu. Hospital bed capacity was lacking, so facilities such as training centers had to be used. But since there was no legal grounds for mobilizing non-medical facilities, the central and local governments could not give direction. Medical professionals had an overnight discussion and concluded that mobilization was the only way. Daegu Mayor Kwon Young-jin accepted the proposal. The heroes of the Covid-19 crisis are not the government but the people.” 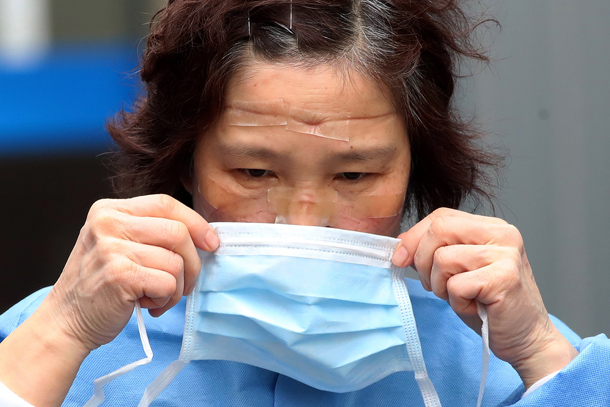 A medical staffer at Keimyung University Dongsan Medical Center takes off a face mask after a hard day fighting the Covid-19 coronavirus on March 1. [NEWS1]

Italy is a G-7 country. Why couldn’t Daegu’s method work there? Kangwon National University Professor Min Kyung-kuk says the answer can be found in Italy’s medical socialism. “Doctors and nurses in Italy are all public servants, and diagnosis, treatment and hospitalization are all free. Red tape can be a cause of disease control failure,” he wrote in a column. Drive-through testing centers was an idea originated in our hospitals and local governments. Fast diagnoses of 10,000 cases per day were made possible by prompt responses by diagnostic kit developers like Seegene and SolGent.

Volunteers around the country, including doctors and nurses, made up for a shortage of workforce. While the government concentrated on such issues as Chinese President Xi Jinping’s visit to Korea and tension with Japan, volunteer soldiers donned protective suits and gave a helping hand.

How beautiful are the merchants who made and delivered meals for free? Local residents refrained from going out and practiced social distancing to prevent the disease from spreading. It was like watching a symphony. An ABC reporter visiting Daegu said there was no panic or hatred, only silence and stillness. However, we know that the indomitable genes within us, which become stronger in crisis, are the driving force for today’s Korea.

The Covid-19 crisis will end someday. But if we don’t learn any lessons from this ordeal, all the efforts and sacrifice will be for nought. It is not the time for the Moon administration to pat itself on the back for Korea emerging as a model for disease control. What about all the regulatory obstacles that hindered the country from becoming a bio power?

Our advanced medical infrastructure and medical professionals in the private sector are envied by the world. They’ve proven their worth. We have seen the government’s ideology and lofty ideals putting the lives and property of the people in jeopardy. It is about time to change the perception. That is the real lesson of Covid-19.