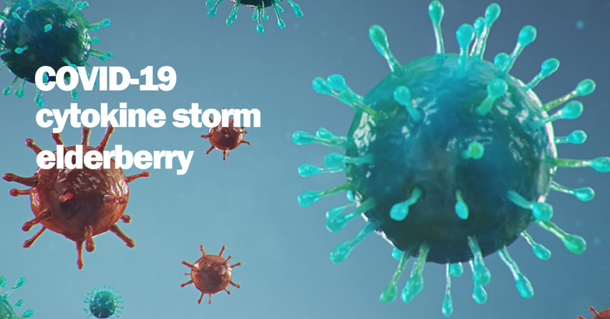 “Did you say an ‘immune storm?’ Aren’t you lucky to be young and healthy, as you have a strong immune system?” asks Yoo Si-jin, a special forces captain in “Descendants of the Sun” (2016).

“Ironically, it could be a problem if your immune system is too strong,” answers Kang Mo-yeon, a doctor specializing in cardiothoracic surgery in the popular 2016 KBS drama.

The conversation was between the two main characters in the drama — Capt. Yoo, played by actor Song Jung-gi, and Dr. Kang, played by actress Song Hye-gyo. The series is about the stories of soldiers and doctors dispatched to a fictional country, Uruk. Yoon Myeong-joo, an army surgeon, contracts a fictional virus called M3. After she is hit with a high fever as Dr. Kang has feared, Yoon fights a hard battle against the virus.

The “immune storm” they were talking about is the overreaction of the body’s immune system, resulting in an attack on healthy cells as well. That is called a “cytokine storm.” Cytokine is the protein involved in signaling and stimulating other immune cells to attack pathogens. It also modulates the amount of secretion according to the inflammation state when external agents like viruses enter the body.

Problems arise when cytokine is overly secreted and attacks healthy cells. Like a napalm that sets fire to the whole area instead of a guided missile that makes a precision strike on the target, it could destroy healthy cells and organs. It is a form of self-destruction. Accompanying high fever and internal bleeding, a cytokine storm is known to occur more commonly among young people with strong immune systems.

Some suspect a correlation between the Spanish flu, the worst epidemic in the 20th century, and cytokine storms. After the outbreak started in 1918, at least 50 million people died of the Spanish flu, and more than 70 percent of the victims were young people between the ages of 25 and 35. While there was the special factor of World War I going on at the time, cytokine storms could have had a critical impact on the young people.

Cytokine storm has recently become a trending term, as a disease control official mentioned the possible correlation between a 26-year-old Covid-19 patient and a cytokine storm. Young people may not be in the safety zone. The World Health Organization secretary general said the elderly are the most vulnerable but young people are not “invincible.” He warned that even if one does not get sick, his or her choices could determine life and death for other people. Whether it is an immune storm in the body or an infection storm within society, no one is free.