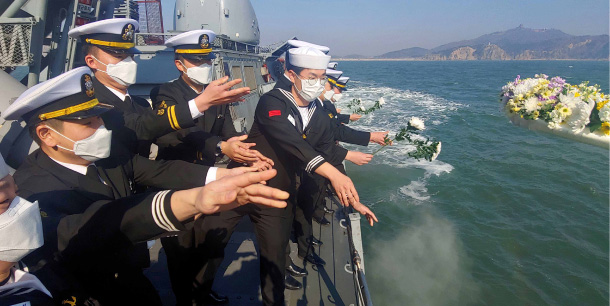 Officers and sailors toss flowers into waters off Baeknyeong Island, located on the northern border, aboard the patrol ship Hwang Do Hyun on Monday to honor soldiers killed in North Korea’s torpedoing of the South Korean corvette Cheonan on March 26, 2010, in this photo provided by the Navy on Tuesday. [NEWS1]