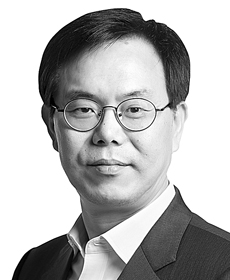 A national TV station in reporting on the death of a 17-year-old boy commented that it was fortunate that postmortem inspection found him negative from the new coronavirus (Covid-19) infection. The news desk issued an apology later, but nevertheless it was a disappointing portrayal of the death of a precious life amid a battle with the virus. The news commentator alone cannot be blamed. The mainstream appears to be infected by a spell of self-indulgence like a doctor comforting himself that a surgery was a success, although the patient ended up dying. Self-contradiction and self-righteousness are common traits of the people loyal to President Moon Jae-in.

A civilian group comprising of avid fans of former Justice Minister Cho Kuk has dubbed itself as “Dog Fight National Movement Headquarter.” The group applied to create a political party with the National Election Commission. The ruling Democratic Party (DP) has created a satellite with the fledgling party. The DP has fielded dog fighters to plea for votes in the upcoming parliamentary elections in April. Saving Cho, who faces trials over a number of corruption charges, has become an election platform for the ruling party. Common sense and law sentiment are being shamed. A party that vowed to uphold civil dignity has outright discredited the people.

Never has the election scene been so muddled up since direct presidential election was institutionalized in 1987. The goal, means and essence have all been upturned. “Dog barking” can disturb sensible dialogue among human beings. A human society respects reason and facts, but common sense and legal principles do not exist in the dog’s world. The group changed its name to the more decent Citizen Party. The new name does not hide its nature. Before his death, former President Roh Moon-hyun pleaded to the liberal forces to “awaken citizens.” If he was alive today, he would have been disappointed by the liberal civilians who joined the makeshift party. 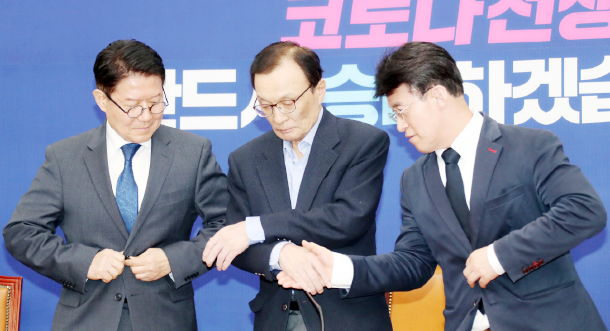 Korea University Professor Lim Mi-ri, who is known to be a fan of the late President Roh, contributed an article to a liberal newspaper titled “Just Not Democratic Party” advising voters not to cast their ballots for candidates of the ruling party by listing its monstrous side. Another avid Roh follower and liberal scholar Chin Jung-kwon charged that die-hard supporters of Cho are a group in collective self-conceit and delusion. Their blind devotion to minister Cho because of Moon’s confidence in him cannot be viewed on the same line with Roh’s legacy that valued reason and common sense. Moon’s loyalists may have stemmed from the Roh lineage. But absorbed in power and selfishness, they have morphed into a strange hybrid without any of Roh’s humanity.

The April 15 elections can provide the opportunity for voters to stop the exorbitance of the ruling power who have turned democracy into a dogfight. The Moon Jae-in government glorifies itself as a byproduct of the candlelight vigil revolution. But under its rule, law, order, separation of the three powers and democracy have all backtracked under the campaign to eradicate the past ills. Disputes have been muffled by dog barking. The elections must correct the deviations in the ruling power. Through correction, democracy must be revived and common sense must decide what is right and wrong. If the revolution through votes can awaken the ruling power, the president and the people will be happier in the remaining two years left in Moon’s term.

The conservative camp will win if the revolution aims to correct the ruling power from getting in harm’s way. But the developments from the outbreak of the coronavirus have been working in the favor of the ruling power. Election issues have been outweighed by the immediate battle with the virus. Money has been poured out and social distancing prevents disputes over election issues. As the government showers aid, critical voices are subsiding. Given the trend, the opposition may not be able to turn the tide.