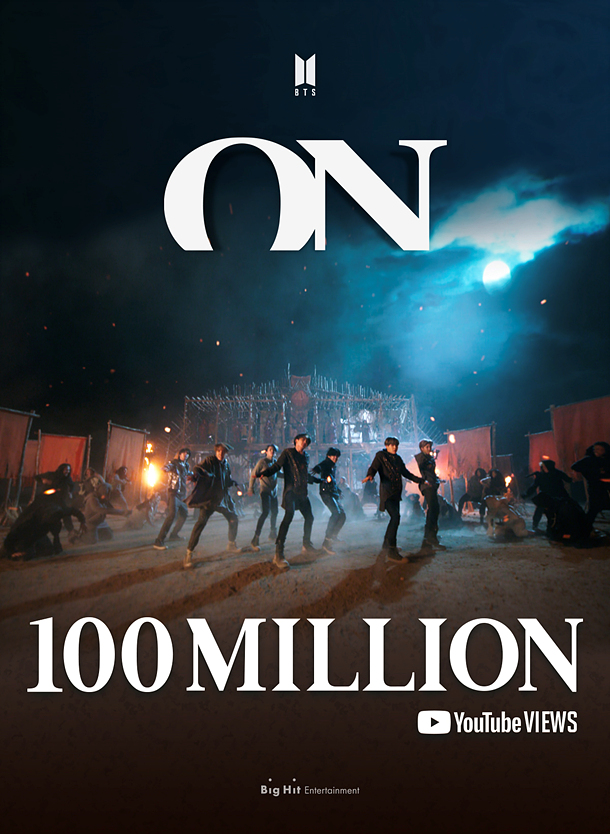 The viewership of “On,” the second music video from BTS’s latest album “Map of the Soul: 7,” surpassed 100 million views, becoming the K-pop supernova’s 23rd music video to do so.

Meanwhile, the group is taking part in “HomeFest,” a special concert series hosted by “The Late Late Show with James Corden” on CBS next Monday night. The concert is part of the show’s effort to find creative ways to entertain American viewers while respecting the social distancing regulations in place due to the virus pandemic. Megastars such as Bilie Eilish, Dua Lipa, John Legend and BTS will perform live for Corden through video chats.

This will be the group’s fifth appearance on The Late Late Show. After appearing in 2017 and 2018, the group performed its single “Black Swan” for the first time on the show in January. Last month, BTS also appeared on Corden’s “Carpool Karaoke.”