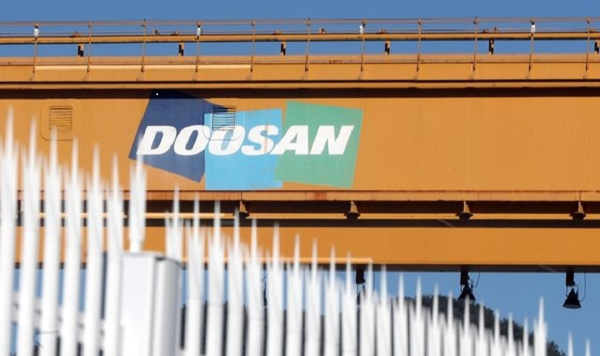 Korea Development Bank (KDB) and Export-Import Bank of Korea (Eximbank), major creditors of Doosan Heavy, will each shoulder 50 percent of the new loan. Doosan Corporation will put up its 34.4 percent stake in Doosan Heavy, shares in other companies and real estate assets as collateral.

“The creditors will funnel 1 trillion won as emergency funding to Doosan Heavy Industries & Constructions which is facing a liquidity crunch due to the Covid-19 crisis,” said KDB in a statement Friday.

The loan is being made on the condition that major shareholders will participate in the rescue plan. KDB has asked other creditors to join in saving the ailing nuclear power plant manufacturer.

Doosan Group’s shares in Doosan Solus, an electronics parts supplier, Doosan Fuel Cell and Doosan Mecatec, a chemical process equipment manufacturer, will be held as collateral. Doosan Tower, which is located in Jung District in central Seoul, will also be put as collateral.

“The value of the collateral is expected to match the amount of loan,” said Choi Dae-hyun, vice present of KDB.
Eximbank said it is considering converting its 600 billion won worth of foreign currency bonds of Doosan Heavy into a loan. The bonds are expected to expire next month.