In Debriefings, the Korea JoongAng Daily discusses a topical issue in-depth in a Q&A format. In this Debriefing, we look at a digital sex crime case that has shocked the nation. Police are investigating those behind a ring of pornographic chat rooms who are said to have blackmailed dozens of women and children into making sexual and degrading videos and photos.

Covid-19 is not the only virus Korean society is dealing with.

Dubbed the “Nth room,” multiple chat rooms on Telegram have reportedly been used to sexually exploit dozens of women and young girls, threatening them to make pornographic, degrading and violent images and videos of themselves and distributing them through the app.

An investigation into the Nth room revealed participants had to pay to get access; the more you paid, the more graphic the content. At least 2,000 images or videos of women of all ages - including minors - were shared and distributed in these rooms, the contents of which still linger online.

Nth room is the name of one of the two main series of chat rooms, the other being the “Baksa room,” and under these two names were numerous rooms. The suspected masterminds behind the pair are believed to have operated under the usernames “Gatgat” and “Baksa.”

The chat rooms appeared first in 2018, along with numerous other copycat rooms that distributed pornographic videos.

Initial data estimated a total of 260,000 IDs accessed these rooms, but police have narrowed this number down to what they assume are some 60,000 users, taking into consideration overlapping profiles.

The digital sex crime ring is not unprecedented in Korea, where spy cam pornography and online bullying are both major issues.

But the alleged brutality behind the Nth room, which police say saw victims being blackmailed into carving names in their skin and drinking from toilet bowls, has shocked the nation.

Police arrested who they believe is behind the Baksa room and revealed his identity as 24-year-old Cho Ju-bin.

Following his arrest and the media coverage, petitions posted on the presidential website to reveal the identities of those responsible received over 5 million signatures in less than a week, the highest number of signatures for any Blue House petition ever.

Police say the Nth room was the name of eight Telegram chat rooms created by a user named Gatgat in late 2018.

Within each room were three to four victims that Gatgat called “slaves,” who were threatened into filming themselves carrying out “missions” that Gatgat demanded. These videos were then distributed within the chat room.

At least 300 to 700 people are believed to have entered each of these chat rooms and paid around 50,000 won ($41), mostly in cryptocurrency, for access. Some 11,297 photographs and videos were shared in four chat rooms, among which were 107 files of children and teenagers.

An investigation revealed that Gatgat later quit Telegram and handed over the room to a user named “Kelly.”

The Nth room was later replaced by the “Gotham room,” run by a user called “Watchman,” and no more photos or videos of “slaves” were shared.

When the Nth room was replaced, a series of chat rooms titled the Baksa room appeared. This particular series has garnered the most public attention due to the particularly heinous nature of the content that was shared.

The Baksa room - which means doctor or guru in Korean - was opened in September last year by a user with the same name. Police say Baksa marketed the room by sending out teasers of the content to users he found on other pornographic websites.

Baksa operated three rooms which could be accessed by paying varying amounts of money. These amounts ranged from 250,000 won to as much as 1.5 million won.

A total of 74 women are believed to have fallen victim to Baksa who threatened them into producing illegal pornographic materials and distributed them through the three chat rooms. Among that count, 16 are said to be minors.

An investigation found Baksa demanded violent and degraded “missions” from his victims that included carving the words baksa or noye (slave) into their skin with knives, putting insects or other objects inside their sexual organs, taking pictures of themselves defecating and drinking water from toilet bowls. In all the pictures and videos, Baksa demanded the victims had their faces fully exposed and raise their little fingers as a symbol. 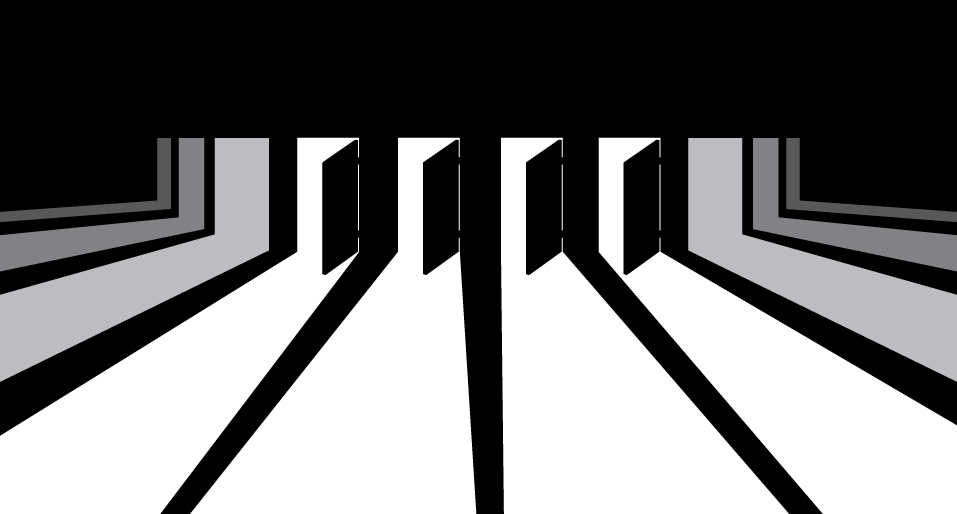 How were these chat rooms revealed?

A team of two university students who have dubbed themselves Team Flame first began investigating the chat rooms early last year to submit as an entry to a investigative journalism competition held by the Korea News Agency Commission. Their submission won the contest, and they subsequently reported their findings to the police and local newspaper The Hankyoreh. The police began their investigation in September, and the paper first wrote about the chat rooms in November 2019.

But it wasn’t until March 9 this year, when the Kukmin Ilbo released a series of reports after spending six months in the rooms undercover, that the story garnered a public outcry. Cho was arrested on March 16 and detained on March 19, but is yet to be indicted.

Why didn’t the story gain much public attention last year?

The Kukmin Ilbo’s four-part series released in March contained detailed and graphic descriptions of what was alleged to be going on within these chat rooms and quickly went viral.

The gravity and severity of the case that was revealed through the reports shocked the public.

In an interview following the success of the series, the reporters behind the undercover investigation revealed they spent hours agonizing over how descriptive they wanted to be but ultimately decided that it would be right to reveal the horrific details to try and get the issues the attention they deserved.

As a testament to the true horror of the case, the reporters added that what they revealed in the article was less than one-hundredth of what was actually going on within the rooms.

What is Telegram and why did these chat rooms exist on this app?

Telegram is an instant messaging app that was released by a Russian team in 2013. What separates it from other messaging apps is its “secret” chats, in which people cannot verify other contacts’ identities.

All messages are saved on the cloud server instantly, but chat room members have the ability to delete their own messages permanently.

Police say they faced difficulties tracking down the users because Telegram does not use a Korean server but finally identified Baksa and Watchman by tracking their marketing of the chat rooms on other social media outlets such as Facebook and Twitter.

Police are also investigating other suspects by tracking their payments, which were mostly made using cryptocurrencies. Speaking about the investigation, Korean National Police Agency Commissioner General Min Gap-ryong said, “every contact leaves a trace.”

Who are the victims and how were they targeted?

Both Gatgat and Baksa are alleged to have found their victims online, but through different methods.

Gatgat is said to have found women who had posted pictures of themselves online, naked or engaged in sexual activities, but with their faces and identities hidden.

He would then message them and tell them that these images along with their identities were spreading online and attach a link with a fake Twitter address. The victims are said to have clicked the link which led them to a homepage that asked them to type in their usernames and passwords.

What they didn’t know was that this information would then be transferred back to Gatgat and he would use it to blackmail the women, threatening them that he would reveal their identities and pictures to their family and friends if they did not comply with certain demands.

Baksa is said to have targeted women who were looking to go on dates, provide pictures or partake in sex work in exchange for money and ask them for their pictures, identification and other information on the pretense that he would pay them.

He would then use that information to threaten them. It was reported that he even hired a social worker to search for additional information to use against these victims.

In both cases, the victims felt they had no other choice to protect their identities from being revealed over fears of how their family, friends and acquaintances would react.

Korean society is particularly conservative when it comes to women’s sexuality, and while the Nth room story has seen a huge outcry of condemnation against the perpetrators, some members of the public are blaming the victims for falling for the blackmailing scam.

In an unusual move, the police revealed the name and age of Cho Ju-bin, who is suspected to be behind the Baksa chat room. Why?

This is the first time a suspect’s identity has been revealed under Article 25 of the Act on Special Cases Concerning the Punishment of Sexual Crimes. The police had previously revealed the identities of criminal suspects, but only for murder cases.

The decision came following the huge public reaction, evident from the volume of signatures on Blue House petitions posted online as well as the countless continuing online debates.

Some view the case as a crime committed by certain demonic individuals, but the younger generation is demanding that Nth room be recognized as part of a larger problem, especially in relation to sex crimes.

While digital sex crimes have gained some attention in the past, namely the sharing of photos and videos of women without their consent through a website called Soranet, most of the outcry has come from women or feminist groups.

Some reports said as many as 260,000 people accessed these chat rooms. Where did that number come from?

The number came from the Telegram Sex Exploitation Task Force, a coalition of 30 civil organizations that was formed in February this year to tackle the Nth room case.

It concluded that 260,000 was the sum of all the participants across all the chat rooms.

However, police believe the number of participants is closer to 60,000 when taking into consideration the IDs that overlapped in the rooms.

The Korea Cyber Sexual Violence Response Center say there could be at least 100,000 participants, because that was the number of subscribers to the so-called “Nth room PR Room” on Telegram, where the Nth room and other illegal chat room marketers would leave links to illegal content for people to see.

What measures are being taken by the police and what are people and experts calling for?

Along with Cho, the police have also tracked down 13 possible co-conspirators and arrested four of them. Investigations are ongoing into the rest.

According to Korean National Police Agency Commissioner General Min, the police will be taking all measures possible to eradicate digital sex crimes in the future. The police put together a special team for the Nth room case but also vowed to establish a special digital sex crime investigation office to better deal with similar crimes in the future.

A major concern among experts is that there’s no law that punishes people for owning or viewing illegal content unless it involves minors.

If the video is of an adult, there are no grounds to punish anyone who downloads it - just the person who created and/or distributed it.

Even for people who own illegal content concerning minors, the maximum punishment is a year in prison or a fine of no more than 20 million won.

A team of 18 lawmakers including Rep. Baek Hye-ryun of the ruling Democratic Party has put forward a bill to amend the Criminal Act, the Act on Special Cases Concerning the Punishment, Etc. of Sexual Crimes and the Act on Promotion of Information and Communications Network Utilization and Information Protection.