At the very top, the big bucks are paid at Lotte, CJ and LG groups

At the very top, the big bucks are paid at Lotte, CJ and LG groups 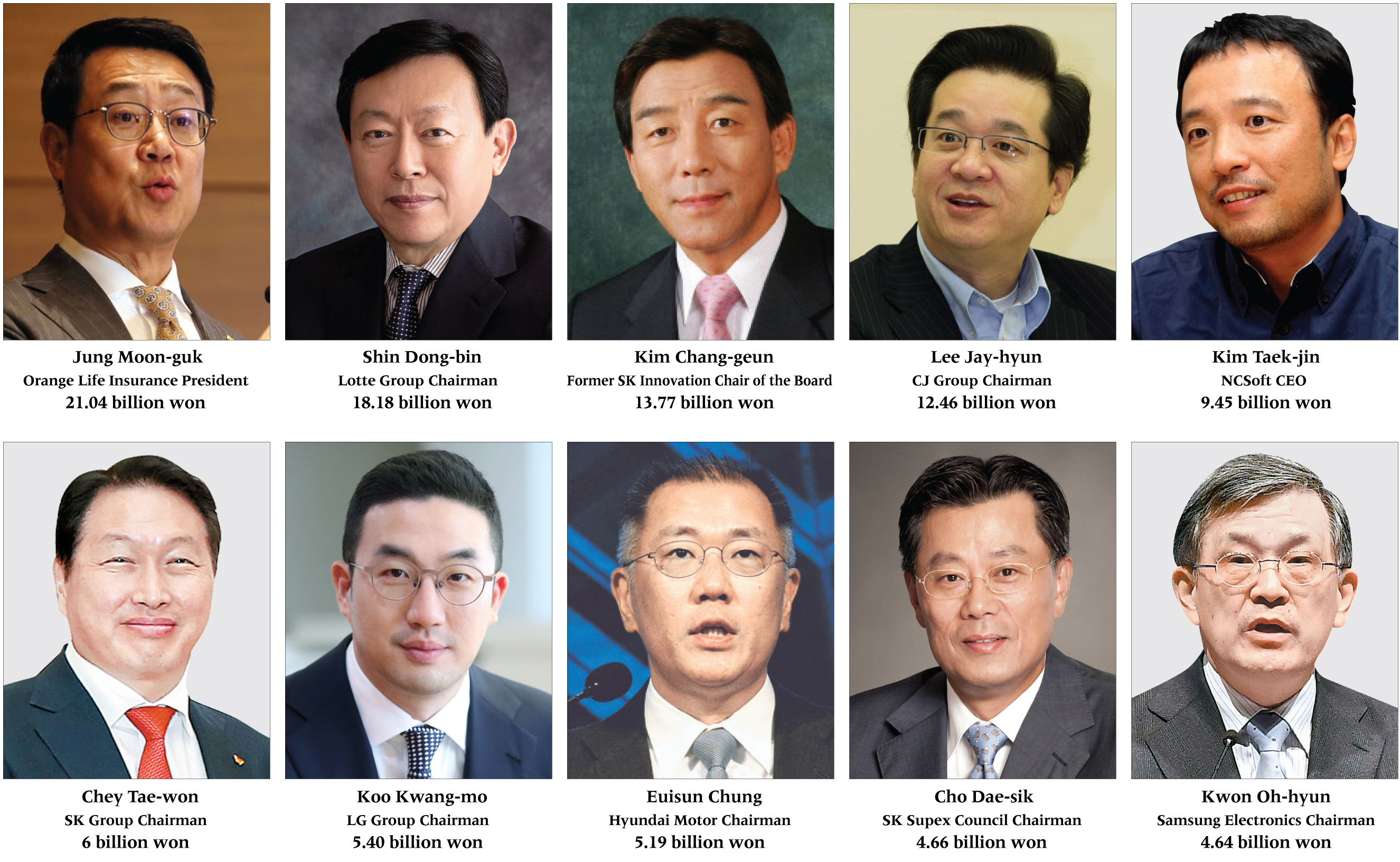 Among the leaders of the top 10 chaebol, Lotte Group Chairman Shin Dong-bin was the No. 1 earner last year, according to annual company reports filed with the Financial Supervisory Service on Monday.

Executives from listed companies are required to disclose their earnings if they make more than 500 million won ($406,000) a year. This year, a total of 63 listed companies have been unable to file their reports due to the coronavirus outbreak,

Shin’s remuneration, which includes payment from seven Lotte Group companies, totaled 18.18 billion won, which is a 10.3 billion won more than the 7.82 billion won disclosed in 2018.

The biggest payment came from Lotte Chemical, which paid Shin 4.13 billion won. According to Lotte, 938 million won of severance pay from Lotte Engineering & Construction was included in the total.