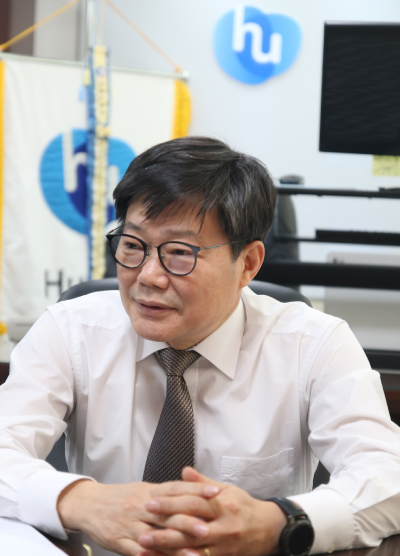 Huons, one of Korea’s biggest health care groups, plans to pursue continuous growth in the pharmaceutical field, as well as expand its business to other related fields. To become a “total health care group that provides medical solutions for human beings’ health,” the company is making efforts to provide great quality medical supplies and expand to global markets in the long run. Its diverse products, including generic drugs, injection items, supplements and medical appliances, provide consumers with a variety of solutions for daily life.

Despite the tough market, Huons managed to maintain its status as a leading health care company with the help of business diversification. Instead of concentrating on one product, it chose to diversify its business portfolios by releasing a variety of products. Also, establishing partnerships with many companies throughout the world has enabled the company to expand overseas at a fast speed. Many of Huons’s products including Hutox, its botox product, are widely distributed throughout the world due to agreements with local companies.

Huons also decided to take a step further and introduced “open innovation” as its next-generation strategy. This strategy focuses on signing joint research and development agreements with many pharmaceutical companies in various fields to acquire knowledge that can lead to future growth engines.

With trust, quality and customer satisfaction as three management philosophies, Huons will continuously strive to become a leader in the industry.

Diabetes, one of the most common chronic health conditions, impacts the daily lives of everyone it affects. About 2.8 million people, or about 12 percent of the total population over the age of 30, suffer from diabetes, and one in every four adults is pre-diabetic. Many diabetes patients often rely on self-blood sugar tests, but they also take hemoglobin A1c tests (HbA1c tests) every 2 or 3 months to check on the overall status of the glucose levels and discuss further treatment. However, recent studies have shown that well-known diabetes indicators like HbA1c and fasting blood glucose tests have issues in terms of pre-diagnosis and treatment. So, many experts now advise patients to continuously keep track of the fluctuations of the blood glucose levels instead. 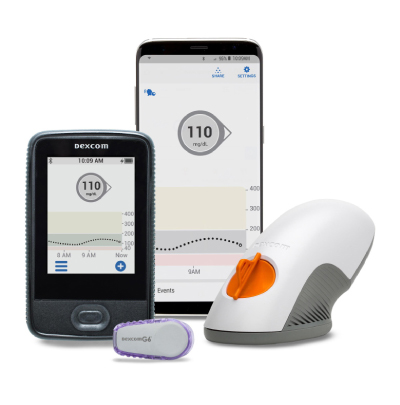 The importance of blood glucose fluctuations in diabetes can be comprehended easily when you understand a blood sugar spike. Usually, glucose levels rise and drop, but problems occur when the levels suddenly surge and fluctuate severely. These extreme swings in glucose levels are known as blood sugar spikes and can cause nausea, fatigue and damages to endothelial cells which can eventually lead to vascular diseases such as the thickening of artery walls, high-blood pressure or stroke.

To monitor the fluctuations and prevent further risks, it is essential for diabetic patients to use a continuous glucose monitoring (CGM) system. That’s where Huons stepped in. Since 2018, Huons has been importing a device called Dexcom G5 from Dexcom, a leading company in the CGM sector in the United States. Recently approved by the Food and Drug Administration, the Dexcom G5 is a CGM system-based device that can be used by adults and pediatric patients aged 2 or older.

Dexcom G5 has caught the attention of many diabetic patients thanks to its accurate results, comfort and many other unique features. G5’s seven-day automatic sensor measures the glucose level every five minutes, about 288 times a day, and sends the data directly to a smartphone application allowing real-time management of the data. When the glucose is trending too high or too low, the mobile application provides audio alerts to inform of imminent danger. In addition, the wearable feature of the device enables the users to easily attach it to their abdomen which makes it comfortable to use in daily life and also allows access to glucose levels even during sleep.

Huons plans to introduce the Dexcom G6, an upgraded version of the Dexcom G5, in Korea later this year. The G6 eliminates the need of finger sticks when measuring glucose levels and provides continuous glucose readings using Bluetooth technology. The new version also features a 10-day-long sensor which is three days longer than before, and its slim design will allow patients to wear the device comfortably.

To lessen the burden of patients with diabetes, Huons is making an effort to make sure Dexcom is covered by health insurance. Recently, the company won national health insurance coverage for Type 1 diabetic patients who use Dexcom G5. These patients were able to save more than 3 million won ($2,450) a year and cut their medical expenses in half. Huons now plans to get Dexcom 6 covered for patients with Type 1 diabetes, just in time for its release in Korea.