Local governments get into the food delivery business

Local governments get into the food delivery business 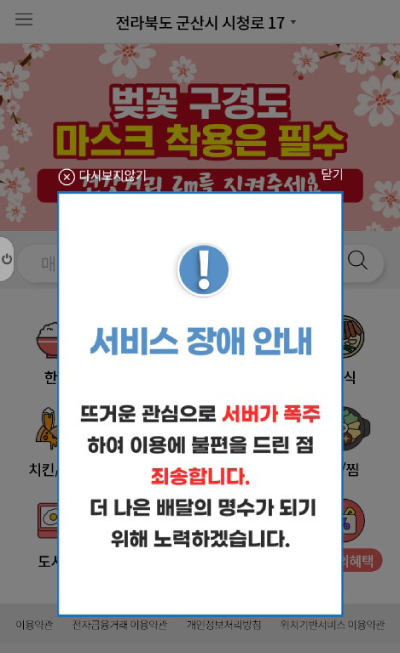 Local governments are getting into food delivery. They see it as an important service, especially in a time of social distancing, and are also increasingly concerned about monopolization in the business.

Success has been mixed. Food delivery is more complicated than it looks, while the local governments face a backlash from people who believe the government should stay out and let companies provide commercial services.

Lee on Tuesday said he received approval from the city of Gunsan to use its public food delivery app in Gyeonggi.

Initiatives of this sort are not unusual ahead of elections. Local governments have been especially motivated to do something after Baedal Minjok, the most popular food app in the country, revised its commissions.

The move drew heavy criticism, especially as it was made amid the Covid-19 crisis. It was also problematic, as the app’s owner is in a monopoly position after a major acquisition. 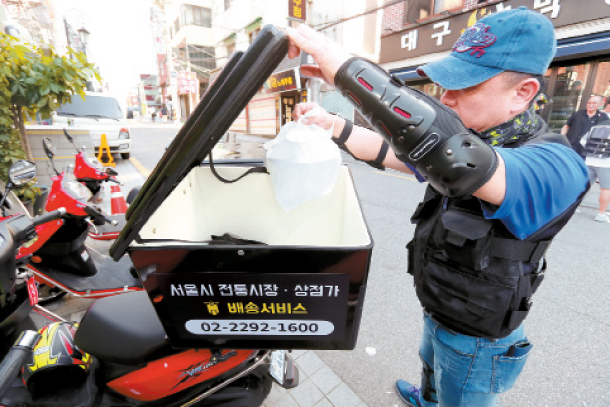 Gangbuk District in northern Seoul today initiated a service for the delivery of food from the Suyu Traditional Market, with 280 stores participating. The app providing the service is called Noljang.

Customers have stopped visiting the market since the Covid-19 outbreak, and businesses are struggling.

People who spend more than 30,000 won can get their order delivered for free in two hours or less.

The orders are delivered within a radius of 1.5-kilometer (0.93-mile) from the market.

“The mobile order and delivery service will greatly help vendors at the traditional market that have been hit hard by the prolonged Covid-19 outbreak,” said Gangbuk District Mayor Park Gyum-soo.

Seongdong District in eastern Seoul began a delivery service on April 1 without developing an app. It instead pays the wages of five delivery workers and three call center employees, who receive orders from food sellers.

The traditional Ddukdo Market is among the several areas covered.

So far, Baedal Myeongsu in Gunsan is one of the most utilized public delivery apps. Released on March 15, it processed more than 6,000 orders as of Sunday. Despite popularity, it is hitting its limits.

On Tuesday, the app froze due to the surge in users. The server couldn’t handle the heavy traffic.

People nationwide have signed up for the service misunderstanding its local nature. The number of users as of Tuesday stood between 50,000 and 60,000, many mistakenly thinking that it is a national service.

The self-employed are welcoming the release of public delivery apps.

When sending orders via Baedal Minjok (popularly known as Baemin) or Yogiyo, which is controlled by Baedal Minjok’s parent company, restaurants have to pay commissions. Public systems charge nothing.

“I hope public delivery apps are developed nationwide,” wrote a commenter on a community website for the self-employed. “Accepting local currency will help raise the public app’s competitiveness to be able to compete against Baemin.”

Another commenter wrote, “The public app will hopefully reduce pressure.”

“Spending patterns are changing, but the government criticizes [market change] with old stubbornness instead of trying to foster fair competition,” wrote Choi on Facebook. “How would young people feel? How would overseas capital watching Baemin think?”

In December, Woowa Brothers, the operator of Baemin, was acquired by the Berlin-based Delivery Hero. The Fair Trade Commission is still reviewing the acquisition.

Kim Bong-jin, founder of Woowa Brothers, was the chairman of the Korea Startup Forum until February.