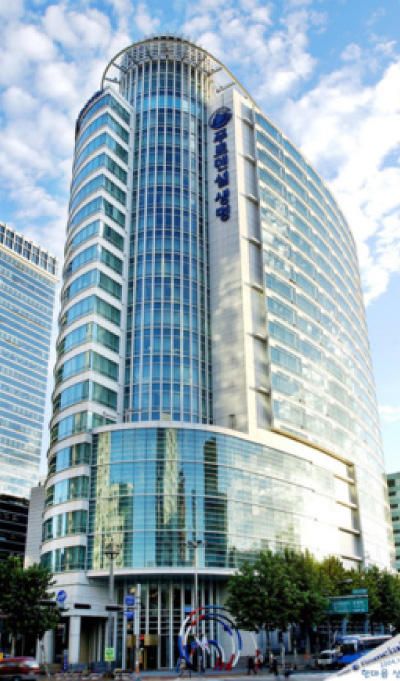 KB Financial Group is a step closer to becoming the most profitable financial group in Korea with the acquisition of an insurer.

The company signed an agreement Friday to buy Prudential Life Insurance of Korea, a subsidiary of the Newark-based Prudential Financial, for 2.34 trillion won ($1.9 billion).

Under the terms of the deal, it will pay 2.26 trillion won based on Prudential Life Insurance of Korea’s net value on Dec. 31, 2019. It will pay the other 75 billion won when the transaction is complete.

No closing date has been set, but the company expects the deal to be completed within three or four months, once the financial regulators have signed off. 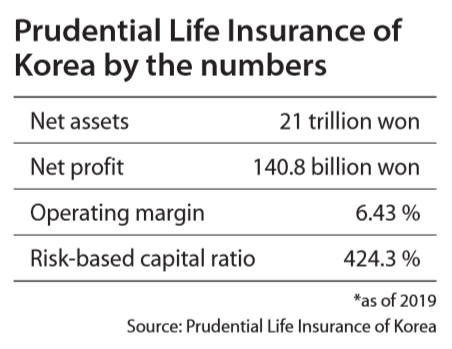 KB Financial Group has its own life insurance unit - KB Life Insurance - but it is relatively small within the financier’s portfolio. KB Life has 9.8 trillion won in net assets and reported 16 billion won in net profit last year.

The Korean arm of the U.S. life insurer has been coveted by various candidates here especially due to its healthy finances. As of last year, its operating profit margin was 6.43 percent, and it had a risk-based capital ratio of 424 percent.

“Despite uncertainty in the life insurance business in the long term due to the low base rate, Prudential Life’s strong financial prowess will help KB Financial diversify its business portfolio in a positive and profitable way,” said Jeong In-mook, an analyst at Korea Investment & Securities.

KB Financial plans to merge Prudential Life into its group structure in an organic way, and it has made a vow against restructuring and has pledged to respect Prudential Life Insurance of Korea’s staff.