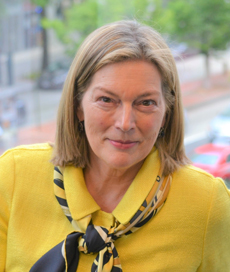 Kathleen Stephens
The author, a former U.S. ambassador to Seoul from 2008 to 2011, is the president of the Korea Economic Institute of America located in Washington, D.C.

It’s been just seven weeks since I returned to the United States after spending a week in Seoul and writing a column for this newspaper about my impressions then of the unfolding of the Covid-19 pandemic: China in opaque distress, South Korea reacting quickly and with good effect, Japan and the United States inconsistent and in denial. Predictably, as a former diplomat, I urged a coordinated global response, in which I assumed the United States must and would play a leading role.

That time seems an eon ago. As I write from my Washington apartment, almost a month into living under ever-stricter stay-at-home directives from the D.C. city government, the United States is indeed leading the world — in the number of confirmed Covid-19 cases. New York alone has more confirmed cases than any single country outside the United States. These numbers are despite (and because of) a tardy and flawed testing regime; the real number infected is undoubtedly greater.

America’s exposure has not translated into an American-led global effort to combat the pandemic and its economic fallout. Key public and private American institutions do remain engaged, providing reassuring currency swap arrangements with the ROK and other key economies, and contributing to stability through our existing security presence and partnerships throughout the world. But here at home America has turned inward as its citizens grapple with life turned upside down: the lost income, business and schooling; the giant holes in our health care system and social safety net as jobs disappear and savings evaporate; the bewildering zigzags in national policy articulated in daily briefings led by the president himself.

President Trump’s instinct is not to seek cooperation but to claim credit and shift blame; the focus of his criticism continually shifts, from China to the World Health Organization to state governors to the news media. The United States is chair of the Group of 7 this year, but a belated effort, urged by France, to activate the G7 was undermined by American insistence that a G7 joint statement name the disease the “Wuhan virus.” A large collection of former world leaders, including former British Prime Minister Gordon Brown and former ROK Prime Minister Han Seung-soo, have urged a mobilization of the Group of 20 group of nations, key to global cooperation in the 2008 financial crisis, to address the current one. The White House is not interested.

What has interested many Americans is South Korea’s response to the Covid-19 outbreak. Scratch the surface of most Americans — of any political or social background — and you’ll find some degree of American exceptionalism. Thinking that America might have something to emulate from other countries’ experience — “benchmarking” if you like — is not an immediate response. So the enormous American press tracking of Korea’s experience with Covid-19 has been, well, exceptional.

Much international reporting on the South Korean experience begins with the observation that the United States and the ROK confirmed their first cases of Covid-19 on the same day, Jan. 20, 2020. From there, both countries have had their failures and successes, but the contrasting chronology and narrative highlight the glaring reality that the areas where Korea has been effective — early and widespread testing and tracking, and building trust through transparency and relying on experts and facts — are among those that have been problematical in the United States.

I welcome the attention to the South Korean model. Americans are hearing, most for the first time, Korean officials, medical experts and business leaders discussing aspects of the Korean experience and approach with clarity, humility and expertise. Foreign Minister Kang Kyung-wha’s BBC interview and Korea University Professor Kim Woo-joo’s interview with the on-line news source Asian Boss were widely watched and welcomed as informative, trustworthy and honest. Korean diplomats are sought after in the new, burgeoning “webinar” ecosystem to talk about Covid-19 lessons from Korea. With debate heating up in the United States after a chaotic local election in the state of Wisconsin last week, there is also much interest in Korea’s experience in ensuring access and safety in its April 15 general elections.

Also encouraging is that presidents Moon and Trump have discussed cooperation on testing. Even more welcome would be a resolution to the stand-off on a renewal of our military burden-sharing Special Measures Agreement. Furloughing Korean workers is not only needless additional suffering during a pandemic affecting all our people; it erodes trust and confidence in our alliance. It never should have come to this, and it must be resolved without further delay.

Even as we address the starkness of the present moment, we must think about what comes after we pass through this storm. We cannot know its severity nor its duration, but the immediate storm will pass.

There is an observation that crises such as the present one put history on fast-forward; they accelerate change. It’s already clear that adapting to social distancing has accelerated the move to a work and education style of more telecommuting, virtual conferencing and online education. There will not be a return to the status quo ante. The need to devote more resources to nontraditional security threats such as pandemics, long given lip service but never reflected in national budgets, will be acted upon.

But what about inequality as a source of global and local instability and suffering? When it comes to politics and the global order, will this crisis be a turning point, or a reinforcement of existing trends? Will the siren song of nationalism, trade protectionism and authoritarian leadership grow louder? Will ever-more intrusive surveillance destroy the concept of privacy and erode human rights in the name of public health and safety? Or will democracies like South Korea and the United States join with like-minded partners to safeguard our democratic values? Will there be a strengthening of global engagement and institutions in recognition that the next crisis, be it climate change or other, will not recognize national borders? How do the United States and China, and their relationship, emerge from this crisis? Does global leadership going forward accrue to either, both, or neither?

These are only a few of the questions for which I do not have answers. What I do know is that much depends on what we do now. We can’t and shouldn’t rely on official channels alone. We need to listen to each other, even when we can’t meet in person, not only to find the way forward during this time of pandemic, but in thinking through — and beginning to shape — the world that emerges from it.