So they won’t be late for the game

So they won’t be late for the game 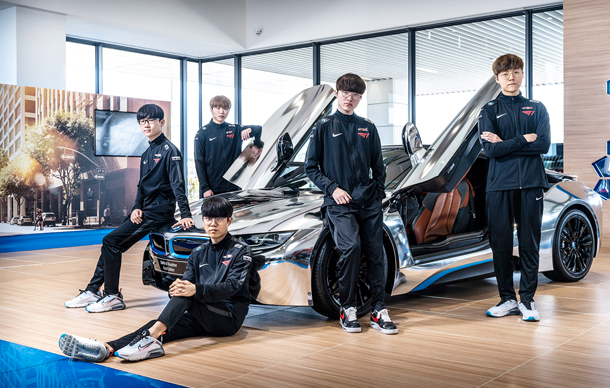 Esports athletes of the SK Telecom T1 team pose in front of the latest BMW model Thursday at the BMW Driving Center in Incheon. The German carmaker announced it signed a sponsorship deal with the Esports team. BMW delivered four cars, which will be used as the team’s official vehicles both locally and abroad. BMW’s logo will be embroidered on the uniforms. [SK TELECOM]