Minzy ‘finally free’ after breaking ties with her company

Minzy ‘finally free’ after breaking ties with her company 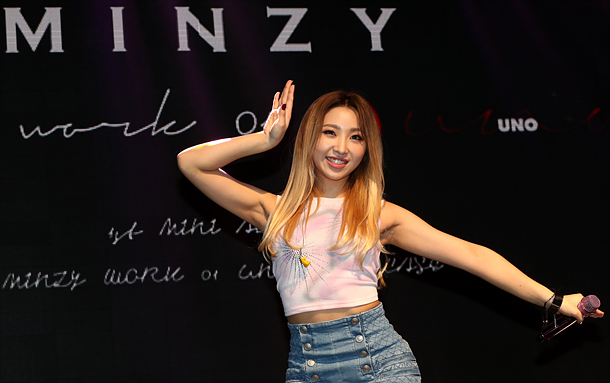 K-pop singer Minzy, also known as Gong Min-ji, says she’s “finally free,” after ending a legal dispute with her former company Music Works and updated her fans that they’ll be able to see more of her actively working as a singer.

On Friday, Minzy wrote on her Instagram account that she’s “about to embark on a new journey” as she left her company.

“For the fans who always support me, I amicably ended the contract with my agency through negotiations,” she continued. “I haven’t been able to show you my work or perform in recent years, but from now on I can show you more often. I will meet you energetically on the stage to match the name, Minzy.”

Minzy had been in legal disputes with Music Works since September, after requesting the agency nullify her exclusive contract. She claimed that the company failed to fulfil its duties to support her as is written in their contract.

The singer did not say whether she has signed a new contract with a different agency.