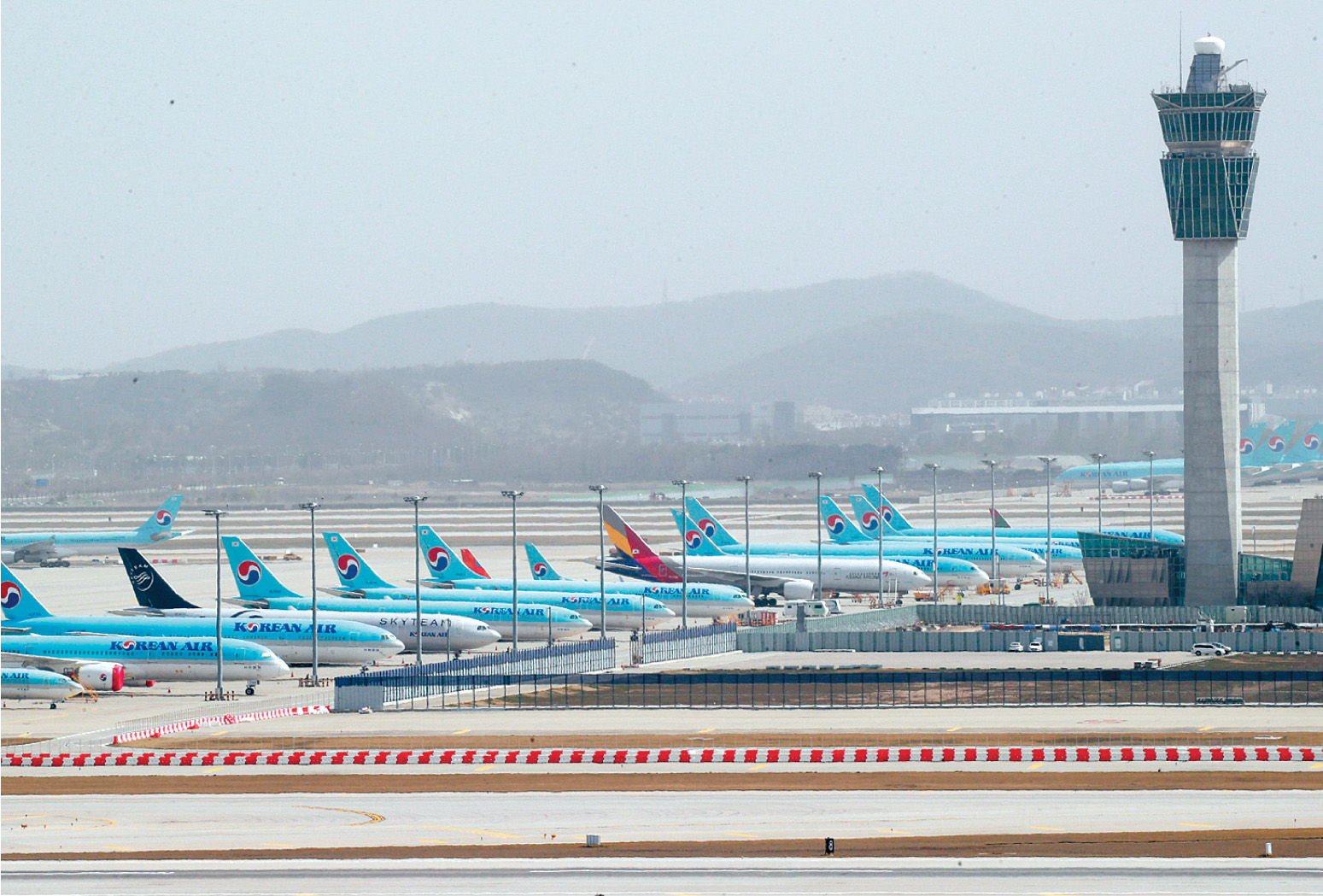 President Moon Jae-in proclaimed a “Korean New Deal” on Wednesday to create jobs in the wake of the coronavirus outbreak.

He also announced that the government plans to give 1.5 million won ($1,200) to people who lost their jobs but aren’t covered by employment insurance, which has never been done before.

Preventing layoffs and creating jobs have become the top priority of the government with job losses hitting their highest numbers in a decade.

“New Deal jobs should not be temporary positions but innovative growth projects that will continue through the post-Covid-19 era,” Moon said.

“The government has to boldly push forward major projects that would create new jobs.”

According to Finance Minster Hong Nam-ki, the Korean New Deal projects will be digital, have jobs that don’t have much face-to-face contacts and also include small neighborhood public projects.

The Blue House described its New Deal as setting up a digital infrastructure that also involves big data.

“President Moon emphasized the need for a digital New Deal by giving the example of creating self-diagnosis apps in regard to Covid-19 quarantine,” said Blue House spokesman Kang Min-seok.

Finance Minister Hong said the details of the so-called Korean New Deal projects will be announced after a thorough review in May.

The government plans to invest 10.1 trillion won to create jobs, subsidize companies that maintain employees and to fund a 1.5 million won three-month allowance for people who have lost their jobs but aren’t covered by employment insurance, such as freelancers.

The jobs, according to the government, include inputting information into public databases and working on sanitization and environmental protection.

The government will spend 1.5 trillion won on the allowances for people who have lost their jobs but aren’t covered by employment insurance.

To be eligible, they have to prove that their incomes declined significantly because of Covid-19. The government estimates 930,000 will benefit from those allowances.

It is the first time in more than half a century that the government has created a third supplementary budget in a single year. The last time was in 1969.

Hong said the government will finance 800 billion won of the 10.1 trillion won in spending through the government’s already allocated funds, which doesn’t need National Assembly approval, while the balance will be covered through the third supplementary budget.

If the second and third supplementary budgets are approved by lawmakers, the total amount of extra budget created this year will amount to 28.6 trillion won, which is equivalent to 5.6 percent of this year’s supersized budget of 512 trillion won.

The government has also decided to spend 75 trillion won to help the private sector stabilize, and hopefully reduce layoffs.

A 40 trillion won industry stabilization fund will be created by the state-own Korea Development Bank (KDB) to ease liquidity crunches.

Key industries are those considered essential to the economy including airlines, shipping, automobiles, energy and telecommunications.

The financial support, however, comes with conditions.

“People’s lives and the economy can only exist when there are jobs,” Moon said.

“Protecting jobs is the core project in overcoming the national crisis and the most desperate problem of survival.”

According to Statistics Korea, total job losses in March reached a 10-year high.

The number of people on temporary leaves, who are considered to be employed, surged 363.4 percent compared to a year ago to 1.26 million, an all-time record.