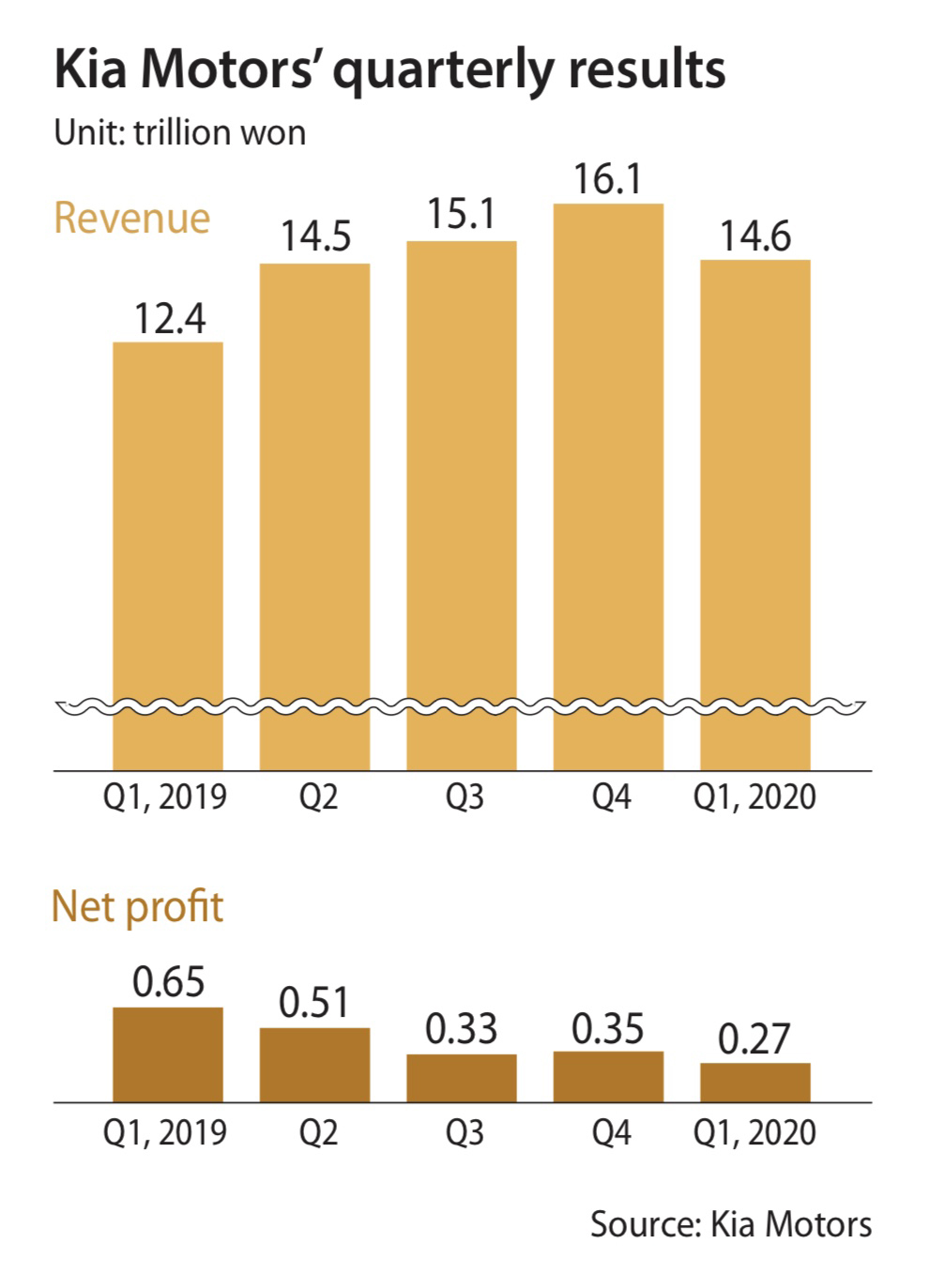 Kia Motors’ net profit for the first quarter sank almost 60 percent from a year earlier as the coronavirus pandemic disrupted its global sales and led to production halts.

The automaker did beat expectations, and it benefited from the weaker local currency value.
But the company forecasts that the drop will be far greater in the second quarter as demand in major markets is expected to remain weak.

The second-largest automaker in Korea announced Friday that its revenue for the January to March period rose 17.1 percent on year to 14.6 trillion won ($11.8 billion) from 12.4 trillion won posted a year earlier.
But the company’s operating profit sank 25.2 percent to 444.5 billion won, and its net profit sharply dropped 59 percent to 266 billion won.

Of the 648,685 cars sold in the first quarter, 52.5 percent of them were SUVs.
Such models accounted for 46.4 percent in the first quarter of 2019.
SUVs are relatively profitable vehicles as they offer a better ratio of perceived value to production cost.

But the company’s operating profit shrank as Kia Motors had to stop production for a number of days in February due to a halt in the supply of wiring harnesses from China.
The automaker also had to close all of its factories except in China last month as the novel coronavirus spread to nearly all parts of the world.

Kia Motors believes that the drop will be even more extreme in the second quarter as the coronavirus pandemic has started heavily affecting sales and production activities in major auto markets like North America, Europe and India.
Demand for cars in China has also been wading even though the virus outbreak is reportedly under control.

To minimize the impact of the sales and profit dip in the second quarter, Kia Motors said it will focus on production and sales for popular SUV models while introducing special sales plans and dealership support programs.

The company also plans to continue to launch cars online and expand its non-face-to-face sales activities while stabilizing its supply chain of auto parts with more sources.
Kia Motors plans to expand production for the Seltos when its factory in India resumes operations, and it also seeks to add a new entry-level SUV model to the market in the third quarter.

The company added that it will continue investing in future technologies like electric cars and autonomous driving with a long-term outlook.