Korean shoppers are making up for lost time

Korean shoppers are making up for lost time 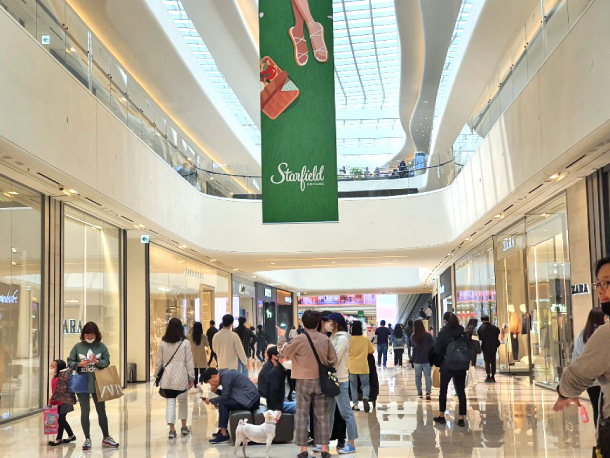 As the coronavirus pandemic starts to wind down in Korea, consumers are giving themselves a well-deserved reward, and the pent-up demand seems to be overshooting the baseline.

A 35-year-old office worker said he had to wait for more than 20 minutes to get an iced coffee last Saturday when he visited a Starbucks on the third floor of Starfield Mall in Goyang, Gyeonggi.

The barista was busy working through a backlog of 33 orders.

“The parking lot was nearly empty when I arrived early in the morning but was packed when I was about to leave in the afternoon,” the office worker said.

Department stores and discount chains are starting to take note as consumers make up for lost time and sales start to return to normal.

The bounce is seen by some in the industry as a sign of “compensatory consumption,” whereby consumers purchase goods as a way to regain psychological stability. 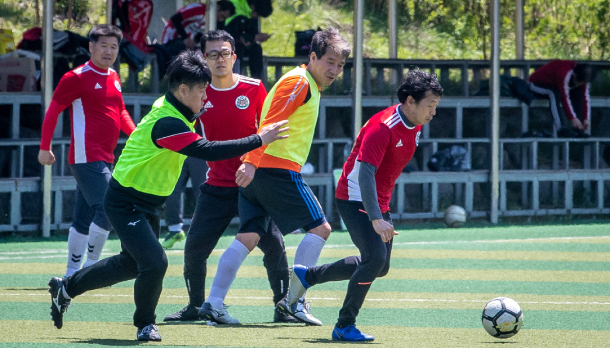 Hundreds of cars were arriving around 1 p.m. on Saturday, some driven by visitors who had come a long way to visit Starfield Mall’s Hanam branch in Gyeonggi. By late afternoon, barely any spaces were left in the mall’s three-story parking garage.

Shinsegae Department Store’s food court, located on the first floor, had no empty tables. Long queues formed outside the entrance of the luxury brand section. Traders, Emart’s big-box store, was crowded with shoppers at 2 p.m.

With spring around the corner, the number of visitors to discount stores on the outskirts of Seoul will increase. Stores expect demand for products to reach the peak on April 30, the start of the golden holiday week.

Analysts say that preferences have changed in line with the progress of the pandemic.

When the virus was at its peak, products normally used inside homes were in particularly high demand, such as appliances, kitchenware, tableware and home furnishings.

As the number of cases started to decrease, demand moved toward golf and leisure wear, an indication that the public feels comfortable going outdoors.

If the sale of women’s cosmetics and clothes bounce back, it could be a sign that consumer sentiment has fully recovered, according to analysts.

In the case of Lotte Department Store, sales for home furnishings dropped 18 percent on year in March. By the following month, sales were recovering, with totals up 30 percent from the same period in 2019.

Sales of men’s clothing gradually recovered, from negative 43 percent in March to 2 percent this month so far. Outdoor wear, golf wear and sportswear led the growth.

“The overall sales have not recovered to last year’s level, but we are feeling a positive air in the market,” said an industry source. “We are confident that sales will rebound once ladies start to dress up to attend gatherings.”

The situation is also looking up in the tourism industry, as people are eager to spend money on the vacations and holidays they missed during the pandemic.

The Jeju Tourism Association expects a total of 179,000 people and a daily average of 25,580 to visit the island from April 29 to May 5. The Shilla Jeju and Lotte Hotel Jeju said already 90 percent of their rooms have been booked. In the Gangwon region, reservations for major accommodations have reached close to 97 percent.

While signs of recovery seem evident across the board, critics are skeptical whether the upward trend will last long. The economic damage from the coronavirus could become visible once companies report negative earnings in the second quarter and major layoffs or salary cuts are realized. Due to the nature of Korea’s economy, which relies heavily on exports, a slowdown in the global economy will inevitably put pressure on disposable income, eventually discouraging consumer spending.

“We are seeing a temporary uptick in consumption in the domestic market due to compensatory consumption with money that was not used in March,” said Park Jin-yong, a business professor at Konkuk University and the chairman of the Korea Distribution Association.

“However, people are likely to tighten their belts in the coming months, once Korea starts to feel the effect from the world economy.”