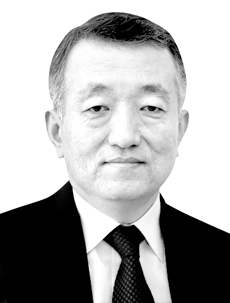 The late President Roh Moo-hyun had a talent for surprising the people. His unpredictable nature added to his humane appeal. His most stunning surprise was his proposal of a FTA with the United States in February 2006. Roh, a human rights lawyer-turned-politician, had been elected through overwhelming support from unions and liberals ? avid proponents of an antimarket, anticorporate and anti-American ideology. Surrounded by leftists, Roh took a dramatic turn toward the pursuit of an FTA with the United States.

His supporters instantly turned their backs on Roh. In March, 270 organizations representing academia, labor, filmmakers and farmers launched a national movement to stop the FTA. The groups were Roh’s primary voting base. The idea was strongly protested by his aides and critics alike. Jeong Tae-in, his secretary for economic affairs, likened the deal to the shameful 1905 agreement with Japan that led to the loss of Korea’s sovereignty.

At the time, Kim Sung-hoon, a former agriculture minister, warned that Korea would become the 51th U.S. state or its colony. Roh’s approval rating ? which had been sinking due to soaring real estate prices ? dropped to as low as 12 percent.

Roh knew he would pay a dear price, including fatal political damage, if he pressed on with the trade deal. Nevertheless, he was determined. “Whether it is a liberal or conservative president that comes to power next, an FTA with the United States will be hard. But it is necessary for the economy. I am determined to see it through regardless of the political cost,” he said. He admitted that he was “worried” but could not stop the unavoidable trend. It could have been harder for a conservative president to pursue such an FTA. The deal was possible thanks to Roh. He had been controversial for causing division among the people, yet was courageous enough to strike an economic deal with the United States.

The economic platform of the Moon Jae-in administration, a direct successor of Roh’s, originated with a compassionate design to improve the livelihoods of the lower and underprivileged classes. The goal was to boost earnings for the lower income group, enhance job security for contract workers, and shorten work hours to improve their living standards. The design is ideal and commendable for any state leader or government regardless of ideological bias.

But the idealistic goals were not entirely congruous with reality. When the minimum wage was increased more than 10 percent over the last three years, the lowest in the employment pecking order ? students and part timers ? were the first to lose their jobs. Self-employed businesses and shop owners suffered from the spike in labor costs. After the shaving of the workweek to 52 hours, workers had to find second jobs due to reduced incomes.

A benign intention backfired. Things went wrong because the government pushed policies based on its theoretical belief without regards to how things work in real life. Over-eagerness and rashness worsened the matter. Public finances were bruised as spending was cranked up to cover up for policy failures. The government should know its follies by now. It must change course if the side effects are too great. It needs an impetus like the FTA with the United States to break the ideological shell.

Unfortunately, there is little chance the Moon Jae-in administration will make such a bold move.

First of all, the government is not flexible enough to seek out paths other than its own. Moon also lacks the guts and determination of Roh. In fact, his aides believe that the liberals failed to win power again because of Roh’s shift to pro-market policies.

Second, there is less pressure for the government to change its income-led growth policy. Its economic failures over the past three years were overshadowed by the global coronavirus pandemic. The number of employed shrank by 195,000 in March from the same period a year ago. It is hard to tell which of the two ? the virus outbreak or policy failures ? did more harm to the economy. One can hardly disagree if someone puts all the blame on the virus.

Third, the ruling power will dominate the legislature from June after winning a landslide victory in the April 15 parliamentary elections. Moon’s party has not lost any of the elections in recent years nor suffered a significant fall in approval ratings. The government has become used to self-indulgence after successive election triumphs. A recent poll on the newly elected legislators showed that 80 percent approved of the government’s income-led growth policy or believed it should be toughened.

But the economy’s condition is too dire to blame everything on the virus. In the first quarter, the economy contracted at the biggest pace since the 2008 global financial crisis. It is uncertain when the crisis will end. The IMF has warned that the global economy is headed into the worst recession since the Great Depression. Given the government’s failed policies, colossal spending alone can hardly sustain the economy.

Moon has vowed to defend the common people and worker. He has the firm belief that income-led growth will deliver his campaign promises. He would not want to bend his belief now that his party can dominate the National Assembly.

But this could be the best time to demonstrate some courage. The coronavirus crisis occurred when the country needed a serious reset. As past follies can be obscured by the virus setback, the president can start anew with market-friendly policies. That is the only way to generate quality jobs and protect the working population, for whom the president is supposed to be so concerned. Also, Moon could be a leader who unites our divided society. His friend and boss Roh had eyes only on the nation’s future and interests when he pursued the FTA with the United States. Can we not expect such a vision from Moon?

Moon must stop it