Amorepacific Group’s sales and operating profit declined sharply in the first quarter due to sluggish sales at department stores and duty-free stores ? its primary sales channels ? as a result of the coronavirus.

The Korea Exchange-listed cosmetics company reported 67.9 billion won ($60.5 million) in operating profit, down 67 percent on year, on 1.28 trillion won in sales. Its on-year sales were down 22 percent from 1.64 trillion won. 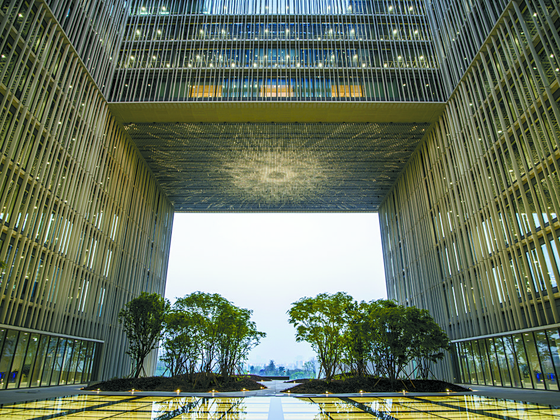 
Within the group, Amorepacific Corporation, which is 33.64 percent owned by the group and has popular brands like Sulwhasoo, reported an on-year domestic sales decline of 19 percent in the January-March period to 760.8 billion won. Overseas sales dropped 28 percent to 373.9 billion won.

Amorepacific’s online sales in Korea skyrocketed more than 80 percent, but offline sales were hit by the pandemic and dragged down the overall performance, according to the company.

Among the group's other companies, Innisfree was hit the hardest.

Its operating profit dipped 76 percent compared to the first quarter last year to 5.1 billion won. Etude House, another of its road shop labels, continued to suffer operating losses, but the loss shrunk, according to Amorepacific.

Last week, rival LG Household & Health Care reported an on-year decline of cosmetics sales, by 6.4 percent, and operating profit, by 10 percent. The History of Whoo is its iconic cosmetics brand. But the company’s growth was sustained by sales of household products, like toothpaste and beverages, such as Coca-Cola.

“At this point, it’s too early to expect [Amorepacific] to improve its profit by a large extent within this year, as it is in the process of making its offline businesses efficient [by closing money-losing stores],” said analyst Han Yu-jung from Daishin Securities in a report on Tuesday. “But making such changes is expected to yield meaningful results in the mid to long term.”

Amorepacific plans to close 15 of its directly managed Aritaum multi-brand stores by the fourth quarter and close more than 90 Innisfree shops in China.