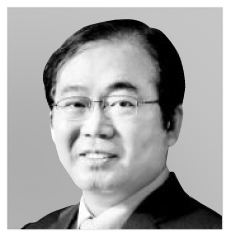 President Moon Jae-in is a very lucky politician. During the presidential campaign three years ago, he competed against the legacy of an impeached president. In last month’s election, the opposition party’s campaign was headed by the former prime minister of the impeached president. His fight was against a discredited group that failed to represent any values. It was a fight he could not lose. Instead of becoming a lame duck president, Moon secured a driving momentum for governance in the second half of his presidency.

Now comes the proving time. Moon will avoid the winner’s curse only when he faces his true self. He must questions his own abilities and his supporters’ passion. He must assume the attitude of René Descartes, who doubted everything to find the most certain truth. The ruling party and its ally won 180 seats because the people want them to stop blaming the opposition parties and achieve something tangible. Unless Moon corrects his tendency to see only what he wants to see, the country and the administration will collapse.

Throughout its three years, the Moon administration was like Don Quixote, who was blinded by an unrealistic ideology. The income-led growth policy started with good intentions, but the drastic hikes in minimum wage have ruined many livelihoods. Moon’s nuclear phaseout policy turned out to be an unrealistic dream. Deregulations that are supposed to support companies’ innovation and growth failed to function. Cho Kuk, who made a joke out of the value of fairness, was appointed to head a campaign to reform the prosecution, and the corruption investigation office for high-ranking officials, soon to be opened, is threatening the separation of powers. The ruling party just won the general elections because the opposition lacked any ability to sympathize with the people.

Key members of the administration, who were student activists in the past, failed to prove any pragmatic ability in the real world. Unless they admit to this, everything will be lost. If they insist that they have done nothing wrong, they cannot correct anything and cannot start anew.

Descartes, the first modern philosopher, was in search of the absolute truth. He wondered if the world before his eyes was a hallucination created by an evil spirit. Today’s neurophysiology presents some clear facts. There are about 100 billion neurons in a human brain. Each neuron forms relationships with over 1,000 other neurons to create over 100 trillion connections. Our sensory experience is nothing more than an electrical event that takes place inside the nerve circuit.

Now, Descartes’s prestige is shaken. Isn’t it dangerous that humans, who are only able to have sensory experiences through electrical events, have an uncompromising assurance that “I am only just and I am only right”? Admitting to my incompleteness and listening to others’ judgements are mutually beneficial and reasonable. That is an attitude required for the administration and the ruling party, whose self-assurance became stronger after the recent landslide victory.

For President Moon, who must play a central role in national unity, the largest problem is himself. Moon is a man of exceptionally strong ethics of conviction. Moon values justice and ethics as more important than other people. Three years ago, in a public debate by a broadcaster, he said, “If you can maintain goodness as a principle of lifetime and success, that is remarkably powerful.”

But he is weak in an ethics of responsibility, where he must use his political power to make an accomplishment. It is one thing to be a religious leader or an activist, another to be a politician. But in the unprecedented situation of the presidential impeachment, the people wanted high ethics, and the most unpolitical politician, Moon, was elected president. The people believed he wouldn’t commit intentional wrongdoings. We don’t want this decision to become the starting point of another tragedy.

The ability to move others is the essence of how power works. A politician, who uses power as a tool, must produce good results to be forgiven. Sometimes, he needs to bend his principles and make a deal with the devil. That is the path Abraham Lincoln had to walk for emancipation.

“You can uphold justice when you have strong rage toward injustice,” Moon once said. He is right. But my idea of justice can be a delusion created through my own sensory experiences. Although it will be unpleasant, he must seek the cooperation of the opposition, because they have the ability to raise issues that cannot be seen through the collective thinking of his side. Running a country requires both conservative and liberal resolutions. The conservatives have more experience in security and economics and they can respond in those areas. If the president, who controls 180 seats in the legislature, ignores this, he will become a dictator.

The Moon administration is winning the war against the coronavirus outbreak. The world is paying attention to Korea’s soft power. Western countries are now studying our model. It is an opportunity to become a truly advanced country. The ruling party and the administration must admit their limits and cooperate with the conservatives and the opposition parties. Drastic measures to overcome the economic crisis and protections for the weak in our society are desperately needed. We must push forward the green growth campaign to lead the global responses against climate change. Only then will the world’s talent, technologies and capital come to Korea. To avoid the winner’s curse, Moon must start the politics of unity now.

A lot on his plate