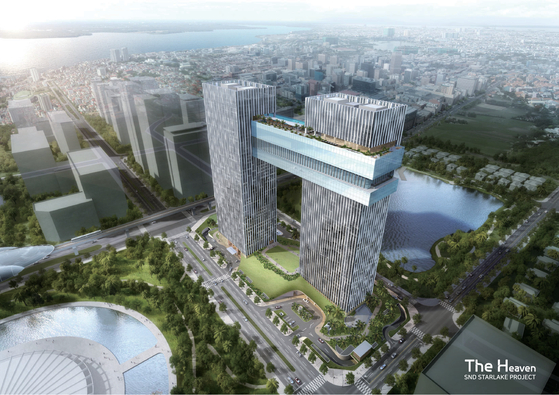 Dubbed the "SND Starlake Project," the hotel will be 40 stories high, with four basement floors on 215,099 square meters (2.315 million square feet) of land on the west side of Hanoi. The area has been under development as the new central area for Hanoi.


The company said its hotel will have 333 rooms for guests, with 317 units as serviced residences, offices and sales venues. The building is planned to have a six-floor sky bridge connecting the two high-rises.


Lotte is planning to break ground in October and complete the project in around 40 months. The company previously built a number of hotels, malls and apartment buildings in Southeast Asia and is currently building two apartment complexes in Vietnam and one in Indonesia.