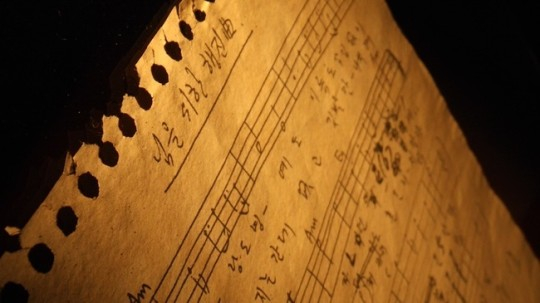 The rearranged version of "March for the Beloved" will be revealed on May 18. [KBS]

Local singers will release new music to honor the 40th anniversary of the 1980 Gwangju Democratic Uprising which falls on May 18, starting with a rearranged version of “March for the Beloved.”


KBS will reveal a version of the song, titled “2020 March for the Beloved” during a special documentary about the Gwangju Uprising that will air on KBS1 at 7:40 p.m. on May 18.

Songwriter Kim Hyung-suk took the helm for rearranging the song, and singer Lee Eun-mee lent her voice for the song.

“March for the Beloved” was composed by Kim Jong-ryul in 1981 and has been considered to be the song to honor those sacrificed during the Gwangju Uprising ever since, sung at official events.

His agency A&L Entertainment announced that the song’s lyrics are from the poem “Song” penned by Kim Jun-tae, who also wrote the poem “Ah Gwangju, Korea’s Cross” on the Gwangju Uprising.

“I hope this song becomes a song that remembers the proud history of Gwangju and us, as hurtful as the month of May is,” Ahn said.