Perils of too much power

Perils of too much power 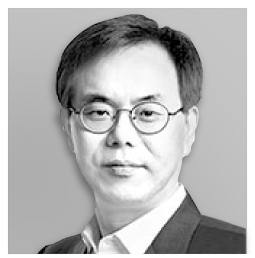 Chun Young-gi
The author is a columnist of JoongAng Ilbo.

The bubonic plague, or Black Death, killed anywhere between 75 to 200 million people, a third of the population of the European continent. But lockouts helped to strengthen the sovereignty of Mediterranean city states and weakened the supreme power of the Papacy. The plague first landed in Venice through the fleas that lived on black rats on Genoese merchant ships. The artistic movement that sprouted from the decay and death brought about a sense of individualism and creativity and gave birth to the Renaissance, liberation from the barbaric Middle Ages.

The ruling Democratic Party (DP) won a thumping majority — 180 out of 300 seats — in the April 15 general elections amidst the coronavirus crisis. The DP became the strongest political power in Korean modern history through its successful containment of the virus and radical economic relief promises. The Moon Jae-in administration may be dreaming of a Korean renaissance after its successful battle with Covid-19. The people shared the dream to a certain extent by giving the president an approval rating of 60 percent.

“What must be feared is losing the courage and hope to fight fear,” President Moon Jae-in said in a cabinet meeting on April 14, echoing the words of U.S. President Franklin Roosevelt in the face of the Great Depression: “Courage is not the absence of fear, but rather the assessment that something else is more important than fear.” On April 28, Moon announced a Korean style “New Deal” project to resurrect the country from a “warlike economic state” through the creation of new jobs. Again, he got inspiration from Roosevelt’s New Deal economic program. Backed by the sweeping election victory, the leftist governing power is readying to enforce state-led economic projects.

The New Deal programs under Roosevelt were a series of emergency actions to save U.S. capitalism. Roosevelt executed nondemocratic policies of state meddling to stimulate demand in an economy battered by massive layoffs and bankruptcies. The reforms breaking up monopolies, in fact, expanded the base for the Democrats and public confidence in America’s liberalism and and its model of capitalism.

A country divided after the Civil War was united and strengthened to go on to global dominance. The governments after Roosevelt have the New Deal reforms to thank for their triumphs over Nazi totalitarianism and the Cold War with the Soviet. The reforms did not compromise civil rights, protection of individual assets, separation of powers, representative politics and freedom of expression and press — the pillars of democracy.

A bright side always accompanies the darker one. In the worst-case scenario, an economic recession could overwhelm government capacity, and a Moon administration blinded by its overwhelming majority in the legislature could be tempted to uncouple from the free democratic path. A bad example from the history books is Germany, which transformed from a free republic to a totalitarian dictatorship after World War I.

The doors led to either heaven or hell during the Great Depression. Americans chose heaven’s door by defending freedom. Germans opted for the door to hell. They gave up freedom out of hunger and fear. It only took a year for Hitler’s Nazi party to ascend to the No. 2 party with 18 seats from less than 3 percent in 1929. Before the arrival of the depression, Germany under the Weimar Republic or German Reich was a free stable state.

The German economy crumbled when U.S. aid and loans stopped due to the recession. The jobless swelled to 6 million. Even before the recession, Hitler warned of massive layoffs by accusing the government of ruining the economy intentionally. He promised to fight poverty. His prophesy came true in the eyes of the people. Those pushed out of jobs carried banners calling Hitler their savior. The Nazi party mobilized all possible propaganda to brainwash the people. His totalitarian regime was not accused of a coup but dubbed the savior of the people from poverty and joblessness. Hitler became leader through legitimate elections. His party dominated the legislature through a 37 percent vote in 1932 elections.
But legitimacy stopped with the election. The parliament under Nazi dominance handed over lawmaking sovereignty to the cabinet to “secure the unity of the party and state” and banned the founding of new parties to remain the only legal political party. All arms of the state under Hitler turned monstrous through terrorization, propaganda and a personality cult. Any dissent was silenced. Religious and cultural powers were mobilized. Genocide was committed against Jews.

According to Sebastian Haffner — an author who lived through the Hitler times — the Great Depression, nationalism and the personal appeal of Hitler were the factors behind the fast rise of the Nazi Party.

The DP commands impressive public support thanks to a virus-triggered economic crisis, anti-Japanese nationalistic sentiment, and Moon’s personal appeal. Those factors can be a winning strategy against a crisis. But if abused, they can ruin the country as seen in the case with Germany.

Post-Covid-19 Korean politics could be on a path to choose a door opening to a renaissance or destruction of individualism. An over-powerful ruling party can be as bad as in Japan, which has been run by a single party for most of modern times.

The continuing power of diplomacy

Coal power is dirty but it gets us through the summer