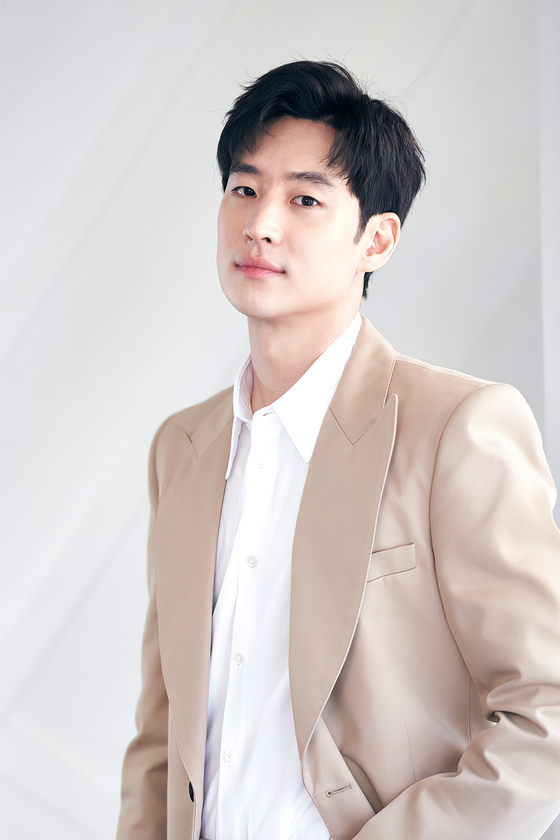 
One advantage of a film being released on Netflix is to be able to get feedback from fans around the world at the same time. As a film maniac who loves to talk about movies, actor Lee Je-hoon could not have been happier with the feedback about “Time to Hunt.”


After a long wait, director Yoon Sung-hyun’s film was made available on the global streaming platform Thursday. Although the film did not get a theatrical premiere and arrived on a smaller screen than he originally expected, Lee could not believe his luck when Netflix picked up the film.

“I wasn’t too worried about the delay because the film was ready to be released, and it wasn’t going to disappear anytime soon just because we couldn’t show it,” Lee said in an online interview Tuesday. “But I was so happy that the film could finally be seen not only by the local audience but also global viewers through Netflix. I’m a subscriber myself, and it’s such a huge part of my life - I don’t know how I would live without it.

“I still consider our film very lucky to be able to be shown at all, considering current circumstances,” Lee said. “I think our era is changing and the film industry along with it. If people expected a film to be made in a certain way before - for instance, screen time has to be at least two hours - now such standards have disappeared. Even a three-minute clip can be considered a film, and we’re in the middle of that change. As an artist I see that I have to be more flexible and adapt to this different environment.”

“Time to Hunt” is Lee’s second collaboration with director Yoon after “Bleak Night” (2011). Although both the actor and the director were rookies back then, the film got good reviews for portraying the complexity of relationships between high school friends.

“In ‘Bleak Night,’ the character Ki-tae was also under a lot of strain that comes from when friendships go sour,” Lee said. “It was a portrayal of our [human] weakness, and the same goes for ‘Time’ as well. But on top of that I had to be placed in this extreme fear and terror as I was running to save my life - and that was certainly difficult.”

The actor tried to bring to mind his own terrified moments to get into character.

“I’ve hardly had any near-death experiences,” Lee said. “But I tried to remember moments when I was in water and felt panic, like I would drown, or the times when I lost balance and nearly fell over.” 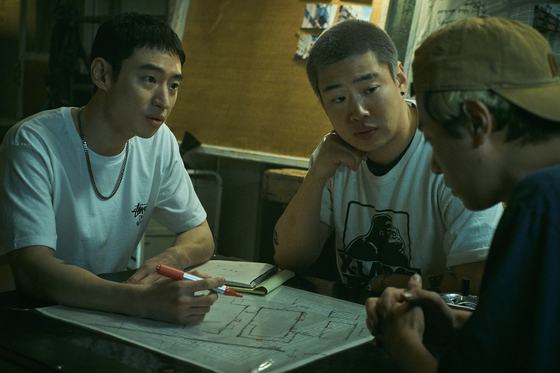 In a scene from ’Time to Hunt.“ Jun-seok (played by Lee Je-hoon), far left, and his friends discuss how to rob a gambling place. [NETFLIX]


As the director emphasized in a press event on January, much of the drama in the film is left up to the audience’s imagination. Details like how Korea became a dystopia or why the four friends are ex-convicts are missing. It’s as if the audience has been dropped in the middle of the story, and the film makes them focus on the thrill of the chase. Almost half of the screen time involves the friends being chased by the hunter Han.

“It’s a simple film, and some might simply view it as a psychological thriller, but metaphorically speaking, I think Han could be seen as a God, or the world itself,” Lee said. “And at the end when Lee decides to go back to Korea to face him again, even after he reached his own Utopia, I think it was his way of coming face-to-face with the world. Even if you try to avoid it and escape, you have to face it someday because we have to move on with our lives. No one knows what’s to come in the future - what’s important is how we face it.

“That’s what I believe Jun-seok realized at the end - no matter how scary or risky it is - even though it could cost his life, he wanted to move forward,” Lee said.

The actor also talked about his own personal idea of Utopia.

“I think my own Utopia is now, when I get to show films [that I’ve been part of] and discuss it with the masses,” Lee said. “I know that some people might love it as well as hate it, but even then, I love it when we can share our viewpoints and interpretations, filling out the plot holes and details that we might have missed. I just love this whole process, which is why I was so excited for the film to be streamed on Netflix. I’m closely following all the responses.

“If I could become super rich, one day I would like to build a cinematheque - a place where people can see films and hold lots of panel discussions,” Lee said. “I just love those moments when people become magically entranced with a film, and I dream that someday that sort of cinematic platform could be created.”

“I asked myself what kind of life I would lead if somehow I couldn’t act anymore, and films were all I could think of,” Lee said. “I don’t care [about acting] as long as I’m part of the filmmaking process. I’m not sure what kind of outcome I would be able to show, but I will do my best to create content that can mean something. I hope people would cheer for the path I chose.”