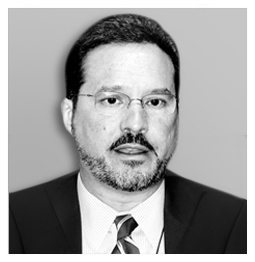 
After weeks of reports that Kim Jong-un was either dead or incapacitated because of heart disease, North Korean media has shown images of him visiting a fertilizer plant with his trademark fat man’s shuffle and beaming grin. Before the media turns to other issues, however, it is worth reflecting on how ill-prepared we would have been for sudden change on the Korean peninsula had he died.

I have been involved in thinking about instability in North Korea from positions in government or think tanks for over two decades now, and I come away from every scenario exercise, interagency meeting or international negotiation as worried as I was before about how many things could go wrong should the North Korean regime begin to crumble. I found the government responses to news of Kim Jong-un’s demise last week no more reassuring.

There is one exception I should start with — and that is the smooth working relationship of the U.S.-South Korea Combined Forces Command. When I began working on this set of issues for the Pentagon after the death of Kim Il Sung in the 1990s, there was no planning process for a joint U.S.-South Korea response to collapse in North Korea — which many in both countries expected could be imminent at the time. The Pentagon feared that the former Kim Young-sam government might order intervention in the North before the Clinton administration was ready, creating major friction between U.S. and South Korean forces on the ground. Two decades later, the U.S. and South Korean militaries are much more joint and interoperable across multiple domains and scenarios and have planning processes that are not only more advanced, but also tested and validated in exercises and political-military discussions.

In other respects, however, we are not much more prepared than we were in the 1990s. A bilateral U.S.-South Korea political consensus on instability remains elusive. The bilateral planning in the 1990s started in part because the U.S. side feared President Kim Young-sam was too eager to intervene; then progressives in the Kim Dae-jung and Roh Moo-hyun governments worried that the George W. Bush administration might be too eager to intervene in the event of instability. The conservative Lee Myung-bak and Park Geun-hye administrations aligned more successfully with Washington, but now we can see the ideological gap opening again between the Trump and Moon governments. Though both Moon and Trump want diplomacy with North Korea, Moon still takes a long-term view of unification comparable to Kim Dae-jung’s three-staged confederation model, while Trump wants sudden change — only now through the “Art of the Deal” rather than “fire and fury.” That gap seemed evident to me in the way that intelligence officials in the two countries were briefing the press on background when Kim Jong-un disappeared. Multiple U.S. intelligence and policy officials were indicating that something was very wrong in North Korea, while South Korean officials went out of their way to argue that absolutely nothing was wrong. The reality is almost certainly somewhere in the middle and the differences in U.S. and South Korea spin struck me as problematic.

A second area where we are less prepared is our dialogue with China. Having participated in almost annual discussions with Chinese counterparts in and out of government about the future of the Korean peninsula, I can understand why Beijing is reluctant to engage in any planning that might provoke Pyongyang or empower the U.S.-South Korea alliance. Yet during the Jiang Zemin and Hu Jintao eras, there was some tolerance in Beijing for comparing thinking in quiet channels on scenarios for the Korean Peninsula. It appears that those channels have largely dried up. Meanwhile, Beijing has sharpened its demands for “independent unification” of the peninsula, meaning that a unified Korea would not be allied with the United States. That more assertive posture has raised concerns among military experts in the United States that in the event of instability in the North, there could be “third party intervention” — meaning Chinese forces crossing the Yalu. This would be a recipe for geopolitical chaos, to say the least, yet the channels for dialogue on strategic issues with Beijing are weak right now for both Seoul and Washington. And they appear to be getting worse: in response to Covid-19, the Chinese Ministry of Foreign Affairs began circulating reports that the U.S. Army somehow started the virus in Wuhan, China. The Trump administration has fired back in an escalating propaganda war that is now part of Trump’s political campaign against his presumptive Democratic opponent, Joe Biden, and shows no signs of abating. In an environment of collapsing strategic trust, every move one side makes on the Korean Peninsula will be seen as potentially threatening by the other, making coordination with China much more difficult.

The third area where we have fallen behind is U.S.-South Korea-Japan trilateral coordination. While a Japanese role in responding to North Korean instability may seem unpalatable to many in South Korea, the reality is that the United States and the United Nations Command cannot respond without Japanese logistical support. Moreover, Beijing is more likely to be forthcoming if it is clear that China will be left behind as the other neighboring powers work together. Until about a decade ago there was some quiet progress on this trilateral front, but discussions about cooperating on a better future have been drowned out by mutual recriminations about the past.

We may have to revisit all these issues sooner than people realize. Before Kim Jong-il died, he disappeared from public view in similarly mysterious ways. Though younger and more gregarious, Kim Jong-un is morbidly overweight, smokes, and wheezes when he crosses the room to visit dignitaries. His disappearance, particularly for Kim Il Sung’s birthday celebration on April 15, points to serious health issues rather than political maneuvering. Perhaps the fourth dynastic succession in North Korea would be smooth and Kim’s sister Kim Yo-jong would assume leadership. But no modern dictatorship has successfully managed even three dynastic successions, and Kim Jong-un’s shaky return to the public eye should not obscure the clear whiff of potential instability in Pyongyang.