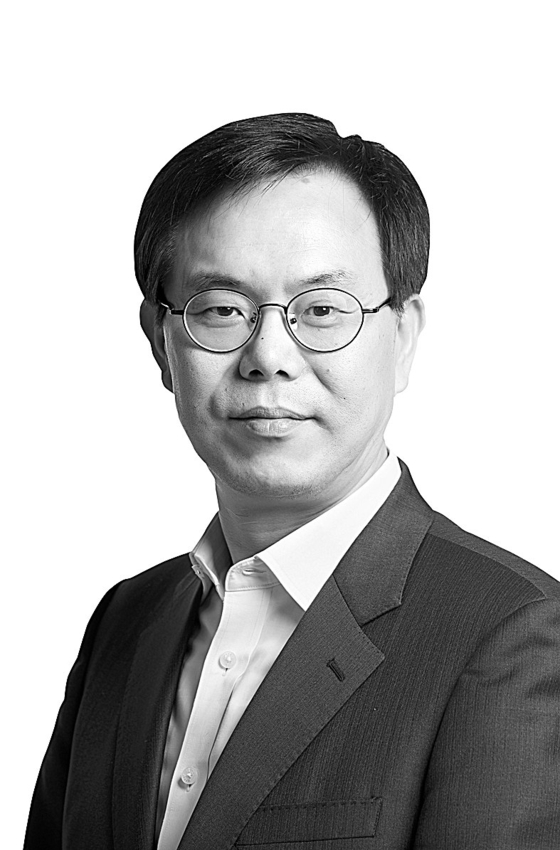 Shin Hanul is the name of a nuclear power plant in Uljin County, North Gyeongsang. Shin Hanul nuclear reactor units 1 and 2 are almost complete, but construction on units 3 and 4 were put on hold after President Moon Jae-in came into office in May 2017 and introduced a bold phase-out of nuclear power for Korea, which he considered unsafe.

In 2016 — a year before Moon entered the Blue House — the Korea Hydro & Nuclear Power (KHNP), a subsidiary of the Korea Electric Power Corporation (Kepco), struck a deal with Kepco Engineering & Construction (Kepco E&C) to build units 3 and 4. In February 2017, KHNP received permission from the Ministry of Trade, Industry and Energy for the construction.

When the board of directors of KHNP decided to pull the plug on the project in June 2018 — a year after Moon took office — it used the term “deferment” instead of “cancellation.”

The KHNP worried about the possibility of Doosan Heavy Industries & Construction, a major supplier of reactors for the KHNP, filing a lawsuit if it canceled the projects. Doosan had already spent 700 billion won ($571 million) on the projects, including 490 billion won needed to build the two reactors.

The construction of Shin Hanul reactor units 3 and 4 is long overdue. Their blueprints were completed in 2016. Korea’s nuclear power technology has proven to be the best in the world, even receiving recognition from the European Union and the United States.

If construction of units 3 and 4 is canceled now, it will not only lead to a major civil suit but civil sacrifices as well. It may not be illegal to cancel plans for the units, but it definitely will cause huge losses in terms of people’s livelihoods.

Just imagine how much pain thousands of people involved will have to go through. On top of 1,000 workers related to producing major components of the two nuclear reactors, there are 2,000 small- and medium-sized subcontractors scattered all over Busan, Ulsan, and South Gyeongsang. All together, some 15,000 workers will be affected. The nightmare has already begun.

In January 2019, when business leaders were invited to the Blue House, Han Cheol-soo, chairman of the Changwon Chamber of Commerce and Industry, pleaded with President Moon to resume the interrupted construction of Shin Hanul units 3 and 4, saying that globally competitive local companies in the field of nuclear reactors were on the verge of collapse because of the liberal government’s nuclear phase-out policy.

At the time, Moon bluntly replied that his government’s energy policy will not change. They are not pleading for the resumption of the construction simply because they oppose Moon’s nuclear phase-out policy. Instead, they want a safe transition to an entirely new energy initiative.

The government’s nuclear phase-out is a long journey that stretches across 60 years to 2080. It is imperative to safely manage nuclear power plants throughout that long period of time.

But if Doosan and its subcontractors run out of business, there is no way Korea will be able to handle any technological glitches that should arise. The government must build the two Shin Hanul units to preserve the nuclear power ecosystem so that a safe landing of its nuclear phase-out policy can be assured.

Moon said that his nuclear phase-out drive does not mean Korea will no longer export its nuclear technology overseas. Many foreign countries, including Saudi Arabia, the UK, Poland, the Czech Republic, and South America, are looking for nuclear power partners.

Russia and China are aggressively pursuing many deals, but Korea’s competitiveness in technology and costs far exceeds them. If the Moon administration truly has not given up on nuclear plant exports, it should green-light the Shin Hanul reactors for a better chance of winning more contracts down the road.

Moon’s nuclear phase-out policy should be carried out carefully over a long period of time. The government should have allowed planned nuclear energy projects — which had already launched their initial design and component construction procedures — to go forward. That’s what Germany — which the Moon administration sees as a nuclear phase-out role model — did.

The ruling Democratic Party (DP) won a landslide victory in the April 15 parliamentary elections as Moon was about to enter his fourth year in office. The DP no longer has to take drastic measures to suppress opposition in the National Assembly as it controls nearly three-fifths of the legislature — enough to pass any bills other than a constitutional amendment.

In other words, for the first time since Moon came into office, that means he will be able to steer the nation with much more composure and look back on his three years of reforms to make any adjustments if the need arises. Moon should approve the Shin Hanul project. Nuclear reactor units 3 and 4 will not affect Moon’s renewable energy initiative in a negative way.

Instead, they can offer substantial guidance in solving any technological or cost issues stemming from his administration’s relentless pursuing of other forms of renewable energy.

The Blue House revealed that Moon received a call from Bill Gates on April 10, quoting the Microsoft founder as saying he wanted to meet Moon in person to express his gratitude for Moon’s successful battle against the Covid-19 pandemic. Gates has long endorsed clean energy as a way to tackle climate change.

On Dec. 29, 2018, he wrote on his personal blog Gates Notes, “Nuclear is ideal for dealing with climate change, because it is the only carbon-free, scalable energy source that’s available 24 hours a day.

The problems with today’s reactors, such as the risk of accidents, can be solved through innovation.” We can’t help it if Moon personally sees nuclear reactors as demons of some sort.

However, as the leader of a country that needs to craft comprehensive and balanced decisions, he must at least take a serious look at Gates’ message.

“Some people think we have all the tools we need,” Gates wrote in his blog, “and that driving down the cost of renewables like solar and wind solves the problem. I am glad to see solar and wind getting cheaper, and we should be deploying them wherever it makes sense. But solar and wind are intermittent sources of energy, and we are unlikely to have super-cheap batteries anytime soon that would allow us to store sufficient energy for when the sun isn’t shining or the wind isn’t blowing.”

In preparing for the economic recession of the post-Covid-19 era, Moon is drawing up a Korean-type New Deal project aimed at offering relief to the unemployed and achieve a recovery of the economy.

If he dials down his ill-conceived grudge against nuclear energy just a bit and heeds the advice of Gates, Moon can prevent 15,000 people from losing their jobs without relying on another injection of a supplementary budget and also revive the industrial ecosystem of Busan, Ulsan and South Gyeongsang, where he came from.

The Shin Hanul units 3 and 4 should be included in the green Korean-style New Deal. Energy reform is crucial, but so are the livelihoods of our workers.